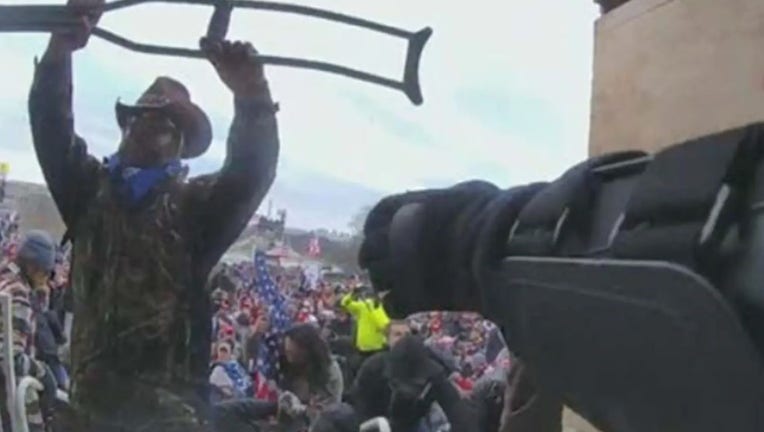 An FBI agent identified Luke Coffee, 41, of Texas as the man in this photo wielding a crutch as a weapon. (US District Court)

A television actor has been charged with multiple counts, including assault of a federal law enforcement officer, during the Jan. 6 riot at the U.S. Capitol building.

Fox News obtained federal court documents that identify Luke Coffee, 41, of Dallas, Texas, as a man who used a crutch as a weapon during the Jan. 6 riot. A criminal complaint filed on Feb. 16 shows Coffee has been charged with the following five counts: assault of federal law enforcement officer with dangerous weapon; interference with law enforcement officer during civil disorder; obstruction of an official proceeding; unlawful entry on restricted grounds and disorderly conduct on Capitol grounds.

An FBI special agent found probable cause to believe that Coffee was one of the people who stormed the Capitol building on Jan. 6 and "used a crutch to assault police officers from the Washington D.C. Metropolitan Police Department," according to the court filing.

Coffee then "appeared to make several statements" while turning "towards the crowd," the complaint alleges. In videos from the scene, including officer body cameras, the FBI agent said he "observed Coffee make physical contact with MPD and USCP officers."

"One of the MPD officer body cams show that, at approximately 4:28 pm, Coffee retrieved a crutch from the area at the top of the stairs to the Lower Terrace area," the agent states. At one point, the agent continues, Coffee is seen in videos holding the crutch over his head.

The complaint includes photos believed to be of Coffee wearing a brown cowboy hat and camouflage jacket among rioters at the Capitol. The agent investigating the matter said he identified Coffee as the individual holding the crutch through comparisons of photos and videos by civilians who know him as well as a college classmate who happens to be a special agent with the FBI. 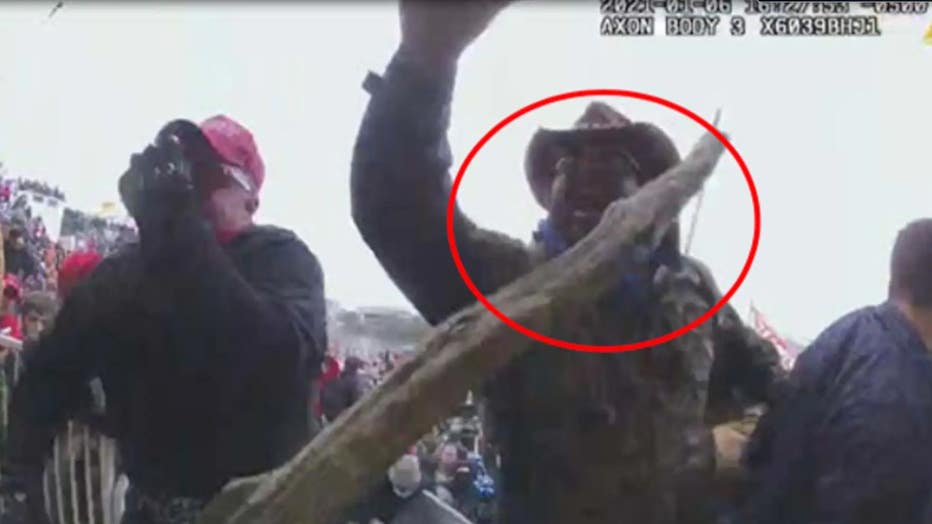 Another video viewed by the agent "shows Coffee come into physical contact with an MPD officer to the left of one [of] the MPD officers equipped with the aforementioned body cam. This MPD officer appears to grab Coffee with his right hand in an attempt to force Coffee back while Coffee continues to hold the crutch below his waist."

In another instance at the scene, the agent says Coffee "charged at the officers while still holding the crutch. The video also shows Coffee holding the crutch in a more aggressive manner and position toward the police officers." 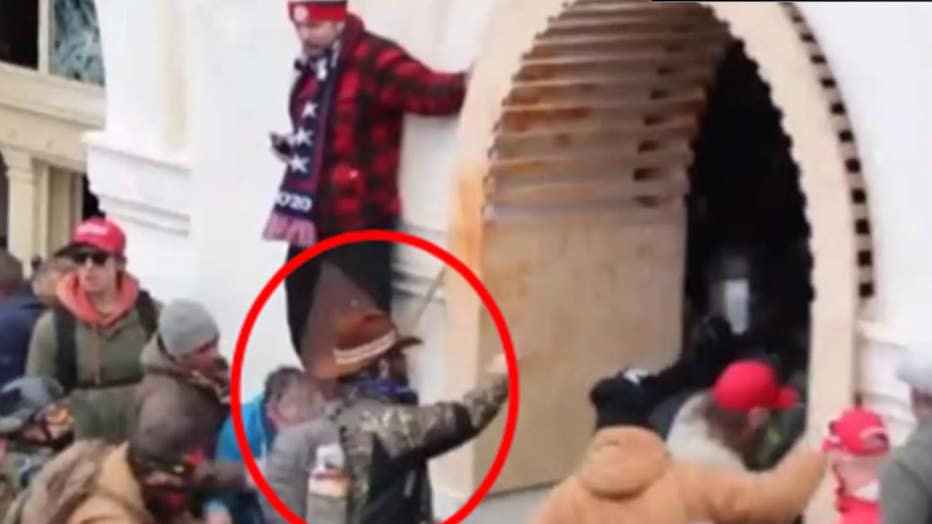 Luke Coffee is accused of pushing the crutch into the line of MPD and USCP officers. (US District Court)

An FBI agent in Dallas conducted an interview with Coffee on Jan. 13 in which he "admitted being present at the U.S. Capitol on Jan. 6, 2021," according to the documents.

"Coffee informed the interviewing agent he had been wearing a brown hat and held up a crutch over his head while at the Capitol," according to the documents. 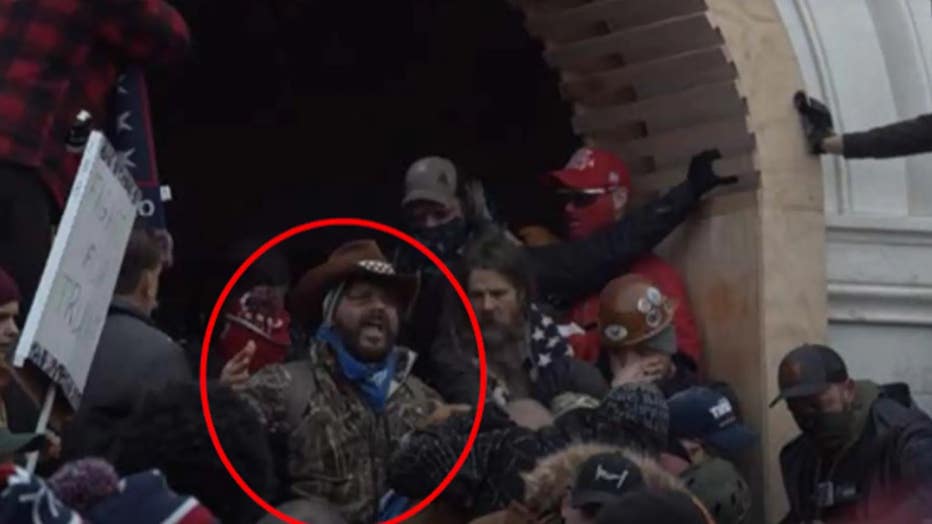 The 41-year-old Dallas resident denied engaging in physical confrontations during an interview with the FBI. (US District Court)

The former actor, however, denied engaging "in any type of physical confrontations with the police while at the Capitol Building," the agent said.

According to an IMDB profile for Coffee, the Texas resident has played minor roles in multiple TV shows, including "Murder Made Me Famous," "Friday Night Lights" and "Chase."

Coffee did not immediately return Fox News' request for comment.