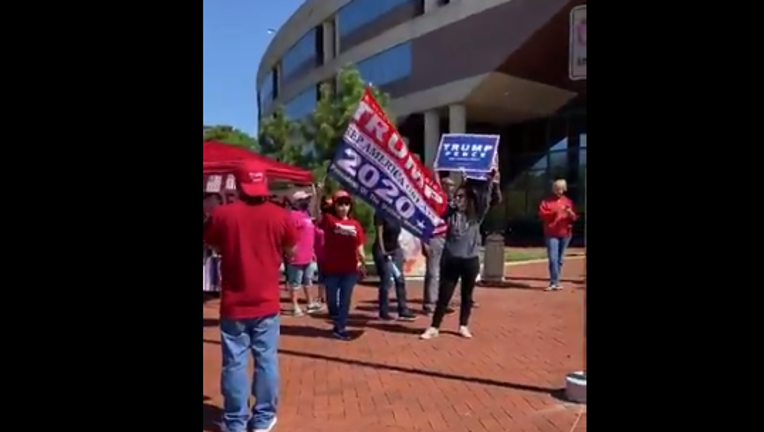 Now some of President Trump's supporters are protesting in-person, early voting in Virginia.

Filmmaker Anthony Tilghman shared video of the protest Saturday in Fairfax with FOX 5:

Tilghman tells FOX 5 that the protesters first blocked the entrance to the polling site before officials forced them to move 40 feet away as required by law:

Tilghman reported that election officials eventually moved voters waiting in line inside because of the protests.

President Trump has repeatedly attacked mail-in voting on the campaign trail, saying without credible evidence the practice is ripe for fraud.

Officials in many states are boosting availability for early, dropoff and mail-in voting in light of the need for social distance during the coronavirus pandemic.

Early voting in Virginia began Friday and will last till Saturday, Oct. 31.

RELATED: DC, Maryland, Virginia voting guide: How to cast your ballots early, by mail or on Election Day