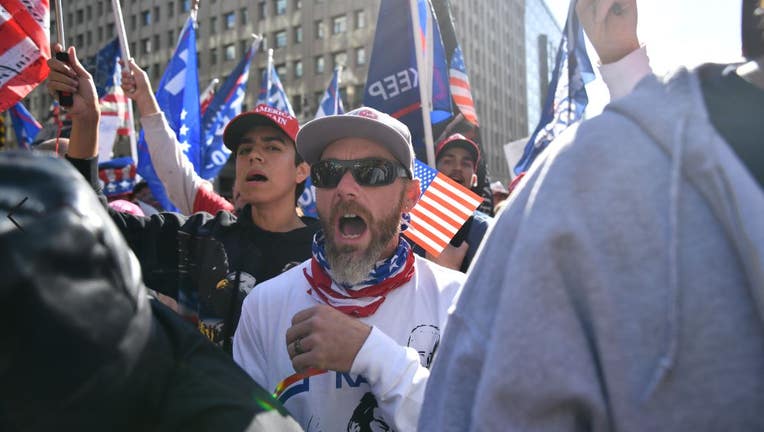 WASHINGTON - Conservative activists disputing the results of this month's election have another rally planned in the nation's capital, this time at the Lincoln Memorial.

A spokesman for the U.S. National Park Service tells FOX 5 that Women for America First has received a permit for a rally Dec. 12 at the Lincoln Memorial.

Pres. Trump continues to attempt to cast doubt on this month's election results, and he waved to supporters from his motorcade during a rally last weekend.

The new rally on Dec. 12 will occur two days before Electoral College votes are cast.

President-elect Joe Biden is projected to win the Electoral College by a 306-232 margin.

One key battleground state, Georgia, recently awarded its electoral votes to Biden after a hand-tally recount of about 5 million ballots. Experts say it's unlikely an audit of ballots in any state would overturn this month's election results.

Women for America First did not immediately return a message seeking comment.

RELATED: EXPLAINER: What’s with all the election audits? (AP)

D.C. police say agitators of conflicting political sides traveled to the nation's capital for last week's rally, which at times devolved into chaos after sundown.

Police say a man was stabbed and at least 21 people were arrested after last week's rally.