Former President Trump on Monday filed a motion seeking an independent review of the documents seized from his Mar-a-Lago estate during an FBI search earlier this month.

Per Trump’s motion, his legal seeks an order that appoints a special master, enjoins further review of seized materials by the government until a Special Master is appointed, requires the Government to provide a more detailed receipt for property and requires the government to return any item seized that was not within the scope of the search warrant. 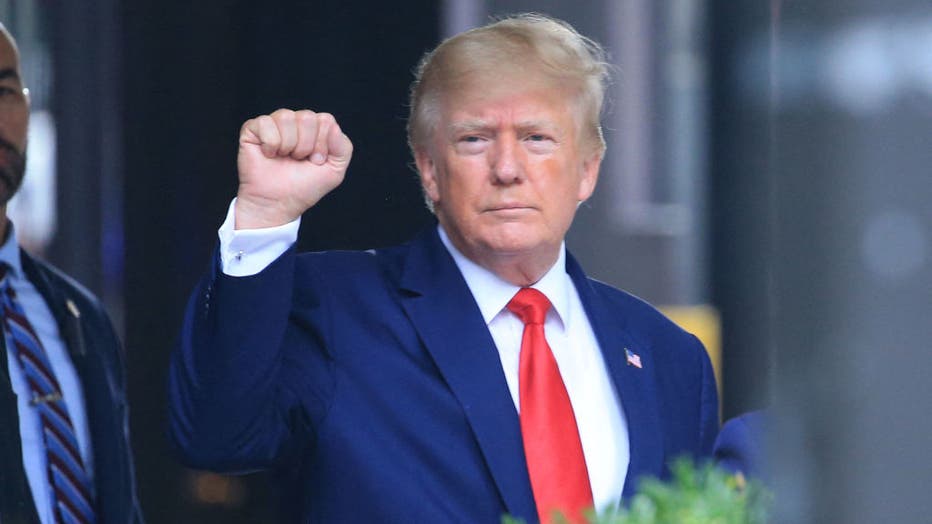 Former US President Donald Trump raises his fist while walking to a vehicle outside of Trump Tower in New York City on August 10, 2022. - Donald Trump on Wednesday declined to answer questions under oath in New York over alleged fraud at his family b

Trump had indicated last week that he would file a major motion pertaining to the Fourth Amendment concerning the "illegal" break-in of his home.

"My rights, together with the rights of all Americans, have been violated at a level rarely seen before in our country," Trump wrote in a Truth Social Post on Friday.

The search of Trump's Mar-a-Lago club earlier this month to retrieve documents from his White House years was an unprecedented law enforcement action against a former president who is widely expected to run for office once again.

Officials have not revealed exactly what was contained in the boxes, but the FBI has said it recovered 11 sets of classified records, including some marked "sensitive compartment information," a special category meant to protect secrets that could cause "exceptionally grave" damage to U.S. interests if revealed publicly.