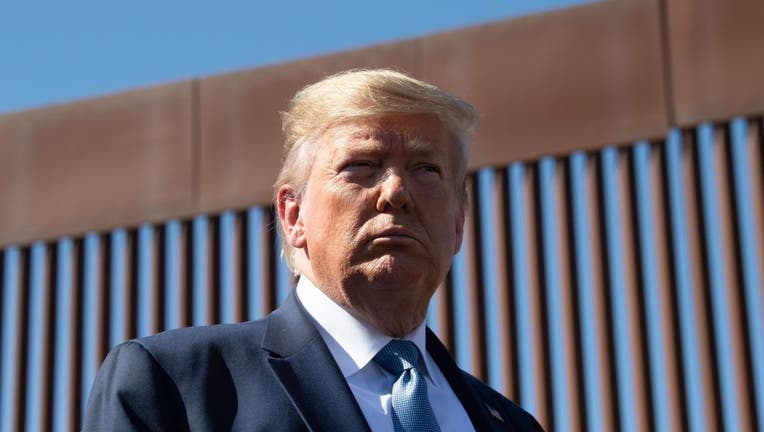 The rule, first proposed last year and published in the federal register Friday, increases the application for citizenship fee by 81 percent to $1,160 among a number of fee increases for immigration applications.

Immigrants will be charged a $50 fee to claim asylum -- although that applies to claims that are made from within the U.S., and therefore would not apply to people arriving across the U.S.-Mexico border or other ports of entry.

Citizenship and Immigration Services has said that it pays $366 in adjudication costs to process each affirmative asylum application, bringing the total to almost $1,800 once overheads are included.

Opponents of the new fees have called it cruel and argue that very few countries charge for asylum claims.

The agency, in announcing the change Friday, noted that that it is almost entirely funded by fees rather than taxpayer money and that a recent review found that current fees would leave the agency underfunded by approximately $1 billion a year.

Immigration Services is "required to examine incoming and outgoing expenditures, and make adjustments based on that analysis,” Joseph Edlow, the agency's deputy director for policy, said in a statement. “These overdue adjustments in fees are necessary to efficiently and fairly administer our nation’s lawful immigration system, secure the homeland and protect Americans.”

The agency has been facing severe financial hardship amid the coronavirus crisis, which has limited immigration revenue, and has warned that it may need to furlough thousands of employees to stay afloat.

It had initially alerted more than two-thirds of the workforce they would be furloughed starting July 20, but now that date has been pushed back to Aug. 3.

The agency is offering a $10 reduction in fees for those who submit applications online. The new fees will take effect in October.

Notably absent was a $275 fee included in the proposal last year for the two-year renewal of recipients of Deferred Action for Childhood Arrivals (DACA) -- the Obama-era policy that shielded some illegal immigrants who entered the U.S. as minors from deportation.

The Department of Homeland Security announced earlier this week that it is halting new DACA applications and limiting renewals to only one year, rather than two, as it considers the future of the program in the wake of a recent Supreme Court decision.

That decision found that the administration’s move to end the program was done in an "arbitrary and capricious" manner, although justices did not rule on the merits of the program itself.