Police are investigating an act of vandalism at a George Washington University fraternity house.

WASHINGTON - Police are investigating an act of vandalism at a George Washington University fraternity house.

According to a police report, a Torah was vandalized early Sunday morning at the Tau Kappa Epsilon house on 22nd Street. 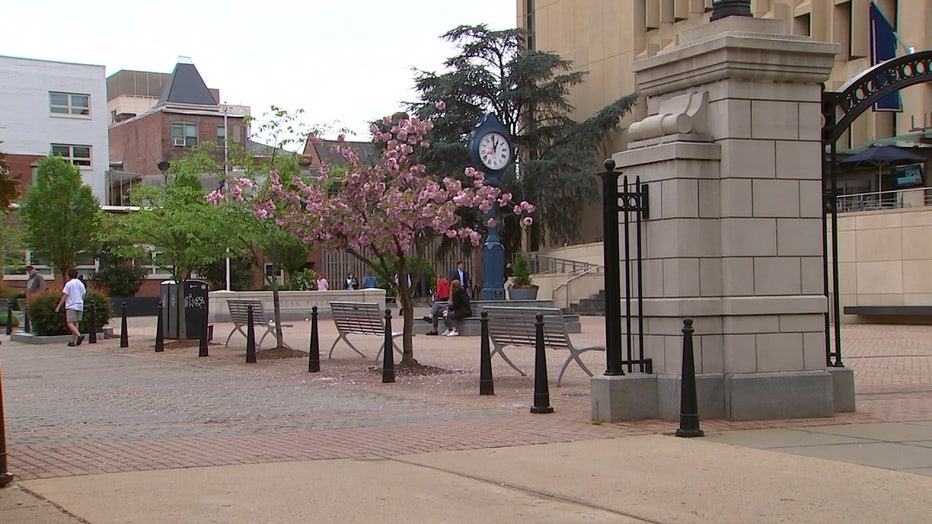 "This weekend the On-Campus House of the Alpha-Pi Chapter of Tau Kappa Epsilon was broken into, vandalized and Jewish texts were desecrated," the chapter posted on their Instagram page. "Our entire chapter is outraged and saddened by this blatant act of antisemitism and violence against our brothers. We are cooperating with university officials and the ADL."

"I am appalled by the antisemitic vandalism that occurred at the TKE fraternity house, especially the desecration of the Torah scroll. This is a deeply disturbing incident, and our GW Police Department is working with the D.C. Metropolitan Police Department to find the perpetrators. 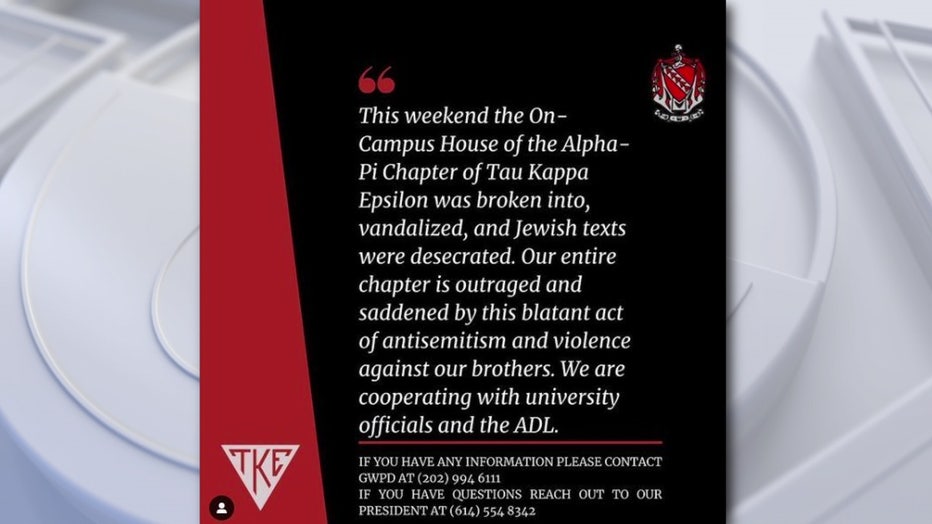 I want to be clear: I condemn all such acts of antisemitism and all forms of hatred, discrimination, and bias in our community. Any act of antisemitism is an attack on the entire GW community and cannot, and will not, be tolerated.

The safety and well-being of our students and all members of our community remains our foremost priority, and the university is providing all resources necessary to the investigation and to support our community." 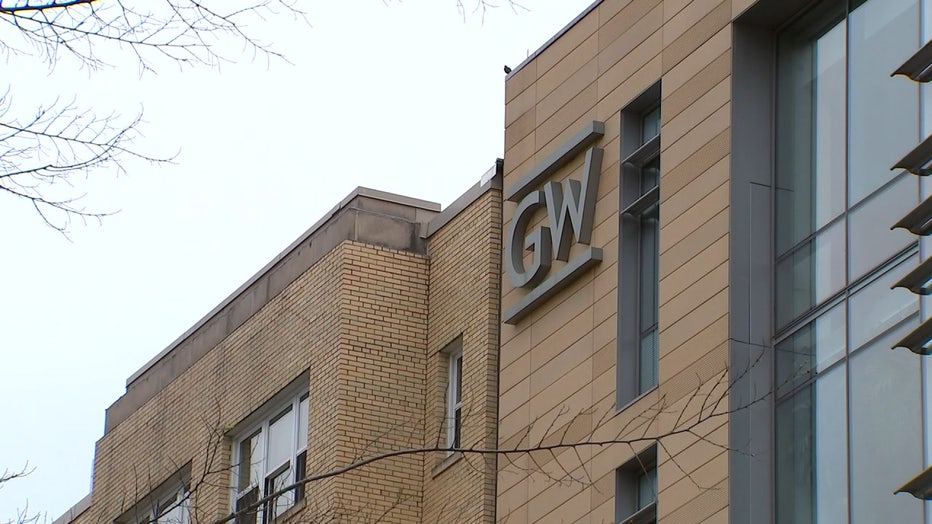