The D.C region got an up close view of the Democratic presidential race Sunday afternoon. Thousands of people turned out to hear Presidential hopeful and Democratic candidate, Pete Buttigieg.

ARLINGTON, Va. - The D.C region got an up close view of the Democratic presidential race Sunday afternoon. Thousands of people turned out to hear Presidential hopeful and Democratic candidate, Pete Buttigieg. According to his, travelling press secretary Nina Smith, the crowd was about 8,800. The town hall was held at Washington-Liberty High School in Arlington, Virginia.

Virginia is one of several states that is voting on March 3rd, better known As Super Tuesday, when the greatest number of U.S. states will hold primary elections and caucuses. 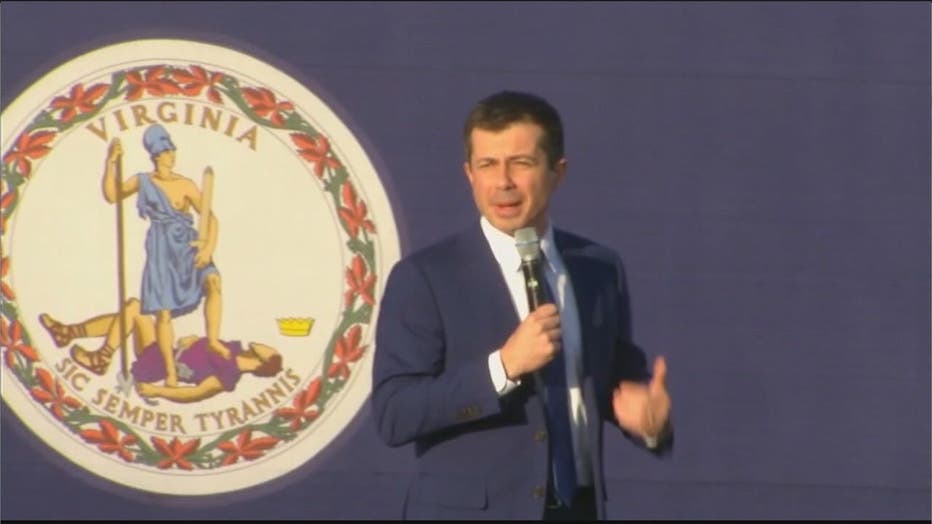 Buttigieg was heard talking about several issues —including the Equality Act especially in the LBGTQ community where he said "we have a long way to go." He also touched on healthcare where if elected, he wants every American in charge of their health care. 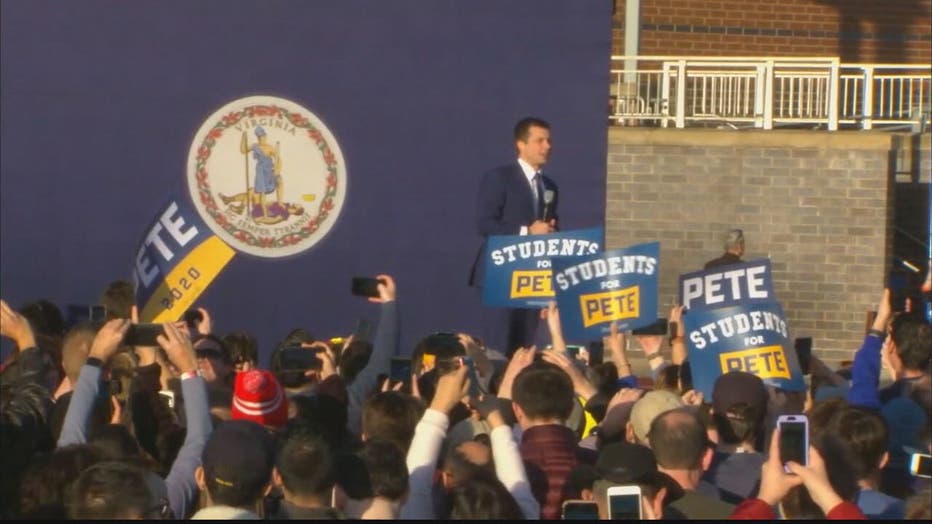 "We can solve the big challenges of our time," he said, "deliver healthcare to every American and give everybody the freedom to walk away from their health insurance companies toward a public plan and America will support that just as long as we give you the freedom to decide whether you want that public plan in the first place."

Some supporters told FOX 5 that they came to see if Buttigieg was the right candidate for them. Others said they appreciate seeing a younger candidate in the race.

"I’m an older millennial and the same age as Pete and I feel that our generation will bear most of the burden of climate change for example and many other challenges that we are facing" said Nikola Ilic "the generation before did not attack that issue well enough and I feel he’s the voice of our generation." 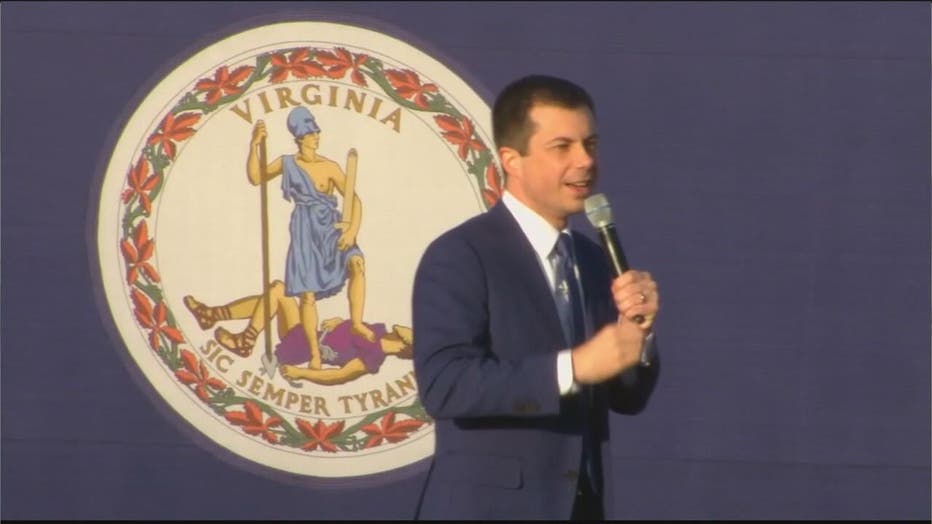 "I think he brings new energy and I’m glad to see that there are more young people," said Lauren Mead, "because I think the word is that the younger people have not taken to him and today is a nice way to say that, that maybe is changing."

Other voters like Chris Afinda said they were curious to hear about Buttigieg’s stance on foreign policy.

"I’m an immigrant from Africa and I’m expecting him to have a foreign policy that will include Africa," said Afinda, "I want a president that will talk of the human rights and abuses that are happening in places like Congo, a president will be a world leader and not just a president on 1600 Pennsylvania Avenue."