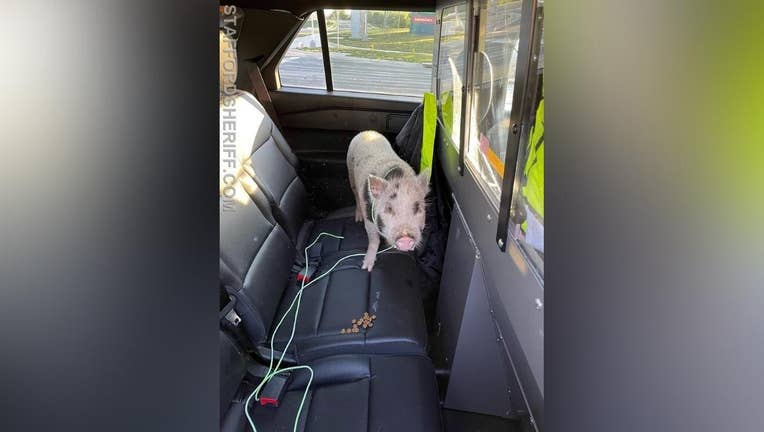 STAFFORD, Va. - Fourth of July proved to be anything but "boaring" for the Stafford County Sheriff's Office!

The Sheriff's Office posted a pun-filled press release describing how a deputy rescued a pig from a roadway in Stafford, Virginia.

The deputy, along with several Good Samaritans, used quick thinking and with the help of some dog food, they were able to lead the pig away.

The maneuver worked and the pig was loaded into the back of Deputy Connelly's cruiser.

After being taken into custody, deputies had to interrogate the pig of course.

"During interrogation, the pig initially identified as Harry Porker and said he was headed to Hogwarts. This was found to be a case of im'porcine'ation. He was finally identified as Chris P. Bacon and was headed to the movies for a double feature of Jurassic Pork and Pretty in Pink. We believe this story might be hogwash since the Aquia Town Center movie theater was closed a long time ago," the press release jokingly indicated.

According to the press release, the pig eventually "went wee, wee, wee" to the Stafford County Animal Shelter, where he is being held until his owner can pick him up.