WASHINGTON - D.C. police are searching for suspects who ransacked the Moncler store at CityCenterDC on Wednesday night.

Detectives from the Metropolitan Police Department's Second District are asking the public to help identify three people and a vehicle in reference to the theft and simple assault offense that occurred inside the boutique.

Detectives have released the surveillance below:

FOX 5 DC was able to obtain cell phone footage of the crime.

According to the Metropolitan Police Department, at approximately 6:16 p.m. officers responded to the 900 block of Palmer Aly NW after receiving a call regarding multiple individuals entering an establishment and unlawfully taking property.

Once inside, the suspects took property and assaulted employees. The suspects then fled the scene in a white Lexus bearing a Maryland tag of 8EK7229. 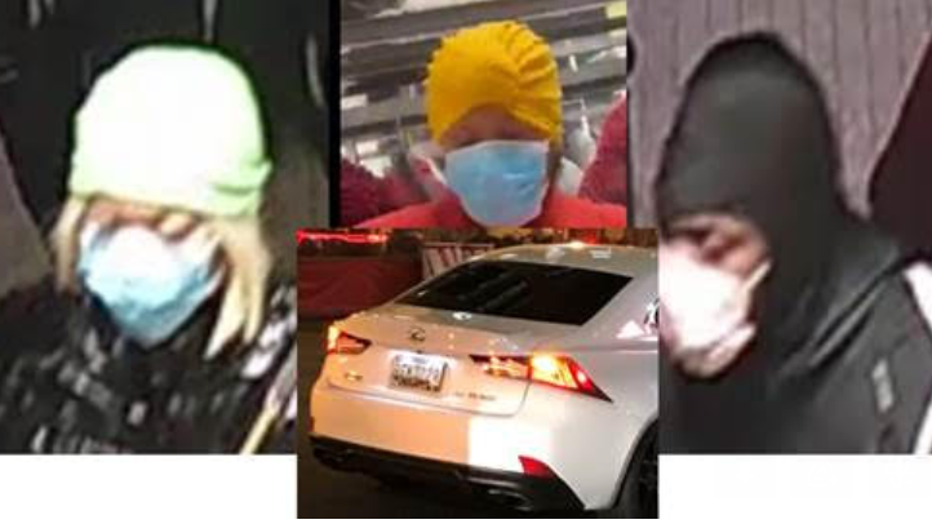 The incident is still under investigation, but authorities say there have been no injuries reported.

Detectives have released the surveillance below: