The family of 13-year-old Brayan Zavala recounts watching him be executed by a gunman in front of them for no reason.

RIVERDALE, Ga. - Police in Clayton County are searching for the person who shot and killed a 13-year-old boy outside his home Thursday evening.

Clayton County police said officers were called around 9:15 p.m. to the 30 block of Willow Lane. Officers arrived to find 13-year-old Brayan Zavala shot in the face. He was pronounced dead at the scene.

FOX 5's Aungelique Proctor spoke with the victim's brother who was still in disbelief over the events that had unfolded.

"They shot my brother, they killed him. For no reason," said Jesus Zavala, Brayan's brother. "He shot my brother in the face. My brother dropped and I saw his eyes also drop. We lost him." 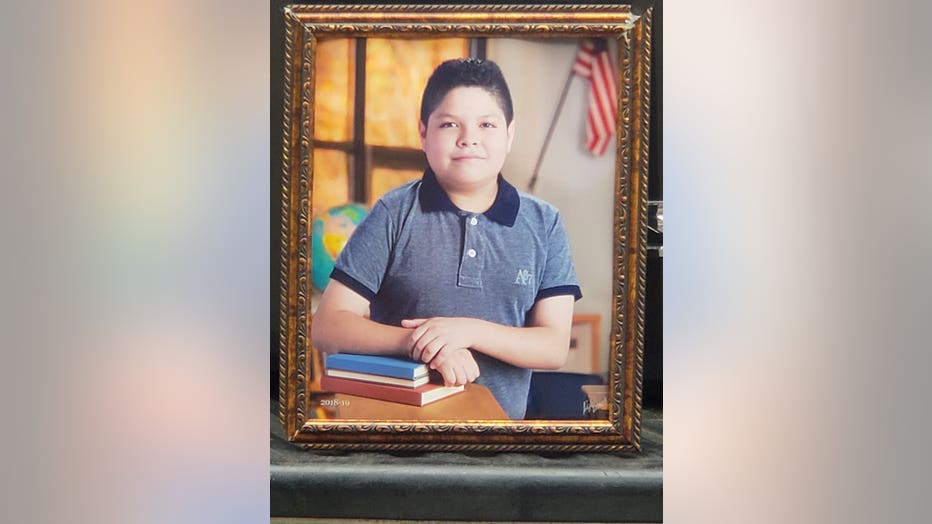 Brayan Zavala, 13, was shot and killed outside his home in Clayton County, GA (Family photo).

Jesus told FOX 5 that the shooter came up to their house and did not say anything. Homicide investigators are currently working to find any information on the shooter.

Ironically, Jesus said his parents fled the violence in Mexico, hoping to find safer streets here in the United States.

"We decided to live here for a better life, turns out it is worse. This is just like Mexico. They kill because they wanna kill. That is what just happen," the 16-year-old said in frustration.

A teen was shot in the face and died in Clayton County.

The family wants to return Brayan to Mexico for burial. They have started a GoFundMe to help with that daunting task.

Anyone with information is asked to contact the Clayton County Police Department.