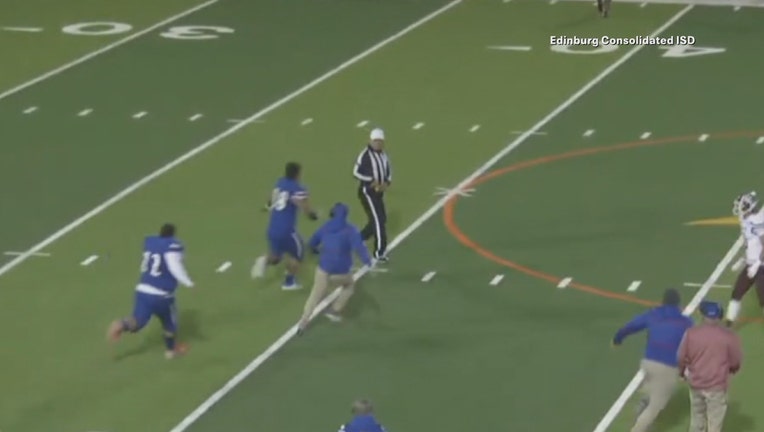 EDINBURG, Texas - A Texas high school football team has lost its spot in the playoffs because of a player who attacked a referee during a game Thursday night. The shocking incident was captured on video.

It happened in Edinburg, Texas, which is not far from McAllen near the Texas-Mexico border.

Edinburg senior defensive lineman Emmanuel Duron was flagged in the first half for a late hit on the opposing quarterback, penalized again for unsportsmanlike conduct and ejected from the game.

Duron then ran onto the field and knocked the referee to the ground.

Police escorted him from the stadium and later charged him with assault. Medical personnel checked the official for a possible concussion.

The game did go on after a long delay but the injured referee did not return.

In a statement issued Friday, the Edinburg Consolidated Independent School District said it was investigating the incident and still deciding how Duron will be punished.

His team ended up defeating Pharr-San Juan-Alamo 35-21 to advance to the playoffs but the district won’t let that happen.

"The district has decided to remove the Edinburg High School football team from the playoffs after an unexpected incident involving a student that occurred during a football game on December 3, 2020,” Edinburg CISD said in a statement. 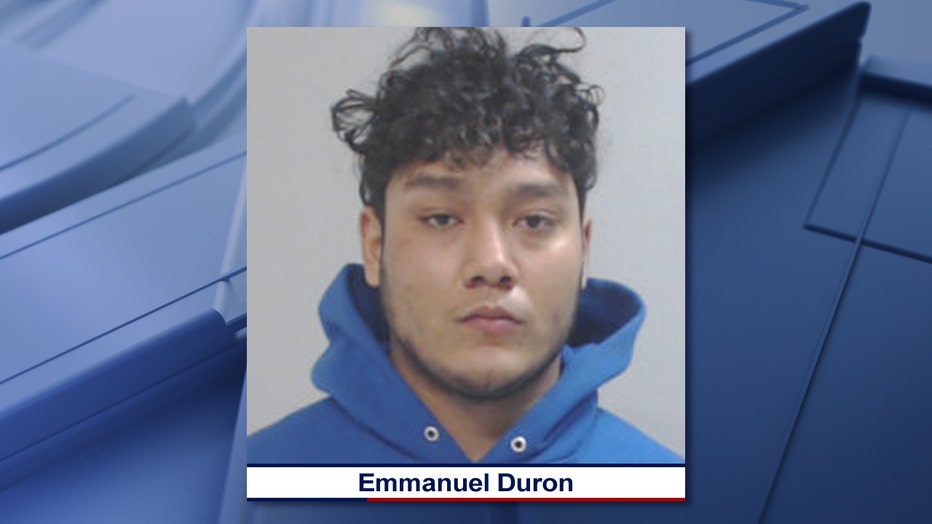 The district also apologized to the referee.

Duron was the District 31-6A defensive player of the year in 2019. He also kicks for the team and is a star wrestler.