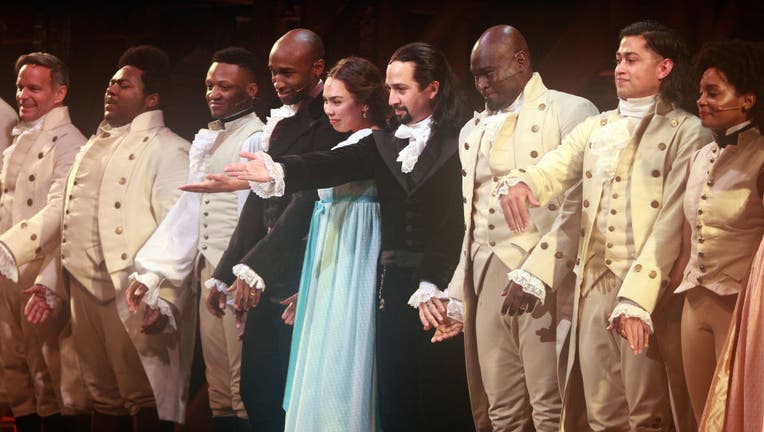 SAN JUAN, PUERTO RICO - JANUARY 27: Lin-Manuel Miranda and the cast of "Hamilton" at the end of their performance during the closing night of "Hamilton" at Centro de Bellas Artes on January 27, 2019 in San Juan, Puerto Rico. (Photo by Gladys Vega/Get

MCALLEN, Texas - The Door Christian Fellowship McAllen Church is apologizing after an unauthorized performance of the popular musical Hamilton.

In a statement on social media Pastor Roman Gutierrez said, "I would like to personally apologize to the creator of Hamilton, Lin-Manuel Miranda, the producers of Hamilton, and the numerous others who contributed their intellectual property to Hamilton."

He went on to admit the production "infringed on the rights and copyrights of many."

On August 5 and 6, The Door McAllen Church held performances of the show, which were posted to YouTube.

Theaters fans posted select videos of the performance, which included references to Christianity not included in the original play.

Another clip allegedly shows a sermon after the performance, in which a pastor compares homosexuality to drug addiction and alcoholism.

The church says it is using the moment as a learning opportunity and plans to pay damages for their actions.

A spokesperson for Hamilton says the money will be donated to the South Texas Equality Project, which offers support for the LGBTQ community in the Rio Grande Valley.