FOX 10's Stephanie Bennett has the latest on a homicide investigation after the body of 17-year-old Jesse Camacho was found in a rural part of Maricopa County. He was taken by two gunmen just over a week ago from a west Phoenix home.

PHOENIX - Police say a teenager is dead after he was kidnapped during a home invasion in west Phoenix.

The incident happened on Dec. 19 at a home near 91st Avenue and Camelback Road. Phoenix Police say 17-year-old Jesse Sainz Camacho was taken from the home by the suspects at around 3:15 a.m.

Camacho's grandfather, who was asleep inside the Maryvale home, was shot by the gunmen but is expected to survive his injuries.

The suspects fled the scene with Camacho in a dark-colored car after the shooting.

On Dec. 28, police said Camacho's remains were found in a rural area of Maricopa County.

The suspects remain on the loose.

"We want to make sure we get these individuals off the street," said Sgt. Krynsky. "We don’t want there to be any more violence with this, so again, we are looking for you, we will identify you and hold you accountable."

Camacho's murder remains under investigation. The official cause of death has not been released. 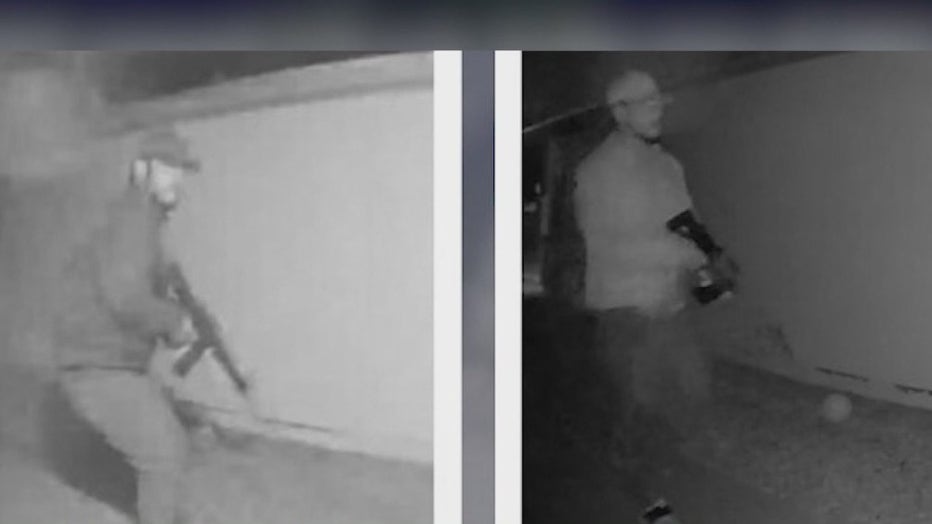 The suspects were caught on surveillance video.

The kidnapping happened in the area of 91st Avenue and Camelback Road, and the victim, identified as 17-year-old Jesse Camacho, was taken in the early morning hours of Dec. 19. FOX 10's Stephanie Bennett reports.

After Camacho's kidnapping, police went door-to-door, trying to piece together what happened.

"We want to put it on everybody’s radar to please keep an eye out for these individuals, and also for Jesse," said Phoenix Police Sergeant Phil Krynsky.

An area resident, who wanted to remain anonymous for his protection, said he saw it all happen from his bedroom window.

"I was awake around two-ish, talking to my friends on the phone," said the person. "And then, I hear gunshots."

"We don’t suggest that you approach these individuals," said Sgt. Krynsky. "Just give us whatever information you have, so detectives can work those leads, and hopefully be able to bring Jesse home safe and hold these individuals responsible for what they did."

"It's crazy, because I went to school with him last year," said the neighbor who did not want to be identified. "It was crazy that it was one of my neighbors and it was around my neighborhood. I would never have thought that something like that would happen out here."