Team Tiger King is in Washington, D.C. Wednesday with Joe Exotic's freedom on the line.

WASHINGTON - Team Tiger King is in Washington, D.C. Wednesday with Joe Exotic's freedom on the line. 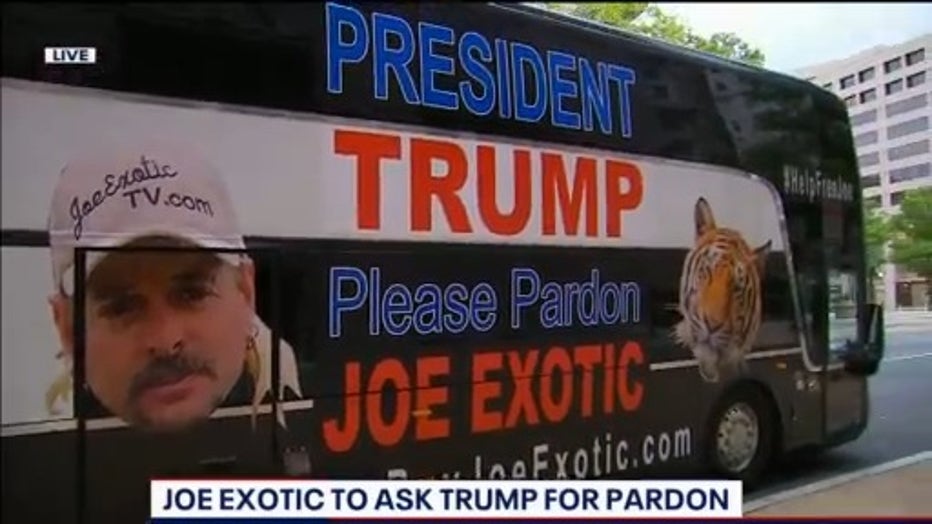 Maldonado-Passage was handed a 22-year prison sentence for his involvement in a murder-for-hire plot to kill Baskin.

The star's legal team hopes to grab President Trump's attention with their D.C. visit and deliver their message asking for a pardon.

On Wednesday, the bus of Exotic's legal team was parked outside of the Trump Hotel on Pennsylvania Avenue. On the side of the bus, a message read, "President Trump Please Pardon Joe Exotic."

FOX 5’s Bob Barnard spoke with the members of Team Tiger King who said they will drive around the District Wednesday to raise visibility and spread their message.