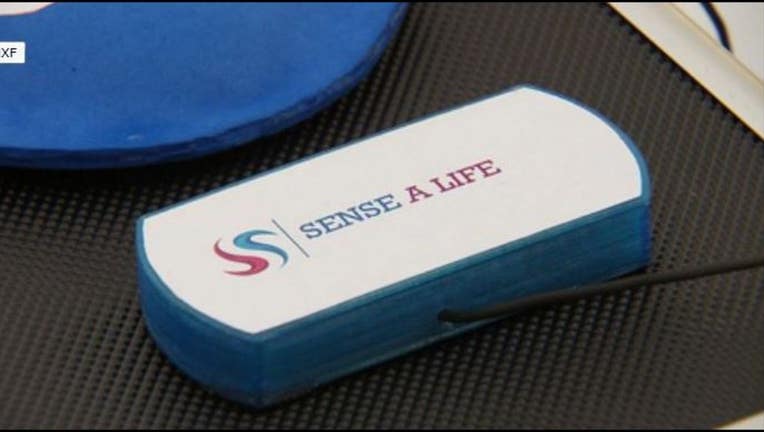 TAMPA (FOX 13) - Two Tampa dads have co-founded a company under which they invented a device aimed at saving children from hot car deaths.

It's called Sense-A-Life and it's a two-part system that uses sensors to remind parents or caretakers to take their children out of the car.

One sensor goes under the child in the seat and communicates with another one installed near the driver's side door.

When the door opens and a child is in the seat, a voice alert reminds the driver to take the child out. The user also gets an alert on his or her phone. If ignored for a certain amount of time the alert can also be sent to a second parent or guardian.

Fadi Shamma and Jim Friedman are neighbors and invented the device. They say they're seeking investors and will launch a Kickstarter.com campaign in a few weeks.

"We were tired of hearing all these sad stories and seeing the agony on parent's faces and we decided that this is such a serious problem that could probably be solved with a simple solution," said Shamma.

They hope to market the device either individually to car owners or to car companies or car seat manufacturers.

According to the National Highway Traffic Safety Administration at least 30 children died from heat strokes in cars in 2014. That's the latest year for which data is available. Experts say it's the second most common cause of death for children under the age of 14, besides crashes.

Shamma and Friedman hope their device, Sense-A-Life, will lower those statistics significantly. The product is already in line for a patent.

"We want this to be in every car seat," Shamma said.