Parents in the Montgomery County school district are raising concerns about artificial turf.

“I would say somebody is responsible,” said Melissa King whose son plays football at Richard Montgomery.

King said she knows sustaining injuries while playing such a sport are expected but what she didn’t expect was the negative impact from the synthetic turf her son plays on.

“He came home with two huge abrasions on the side of his leg and on his knees and his calves,” she said.

Jennifer Young is another parent whose daughter plays soccer at Richard Montgomery.

The mom and daughter testified in November 2018 before the Montgomery County Board of Education where they first raised this issue. Her daughter also brought pictures of injuries that she and her teammates received from the turf. The injuries included deep knee scrapes, cuts, abrasions and lacerations.

For the first time, we are hearing from local student-athletes about safety concerns on artificial turf fields.

"It feels like whenever you fall down or like put your knee on the ground like during a play like you're gonna get scraped up, you're gonna start bleeding so you try to avoid that as much as possible but when you're on the grass like when you fall down the scrapes that you get aren't as bad," said J.P. King, a football player at Richard Montgomery.

Ben Stricker, a soccer player at Walt Whitman, weighed in.

"There’s like dust that rises from the grass when you’re like running on it and also it’s just very slippery. You can fall. It’s very easy to slip and fall," said Stricker. "I’m kind of conscious about maybe like I have to hold back just a little bit so I don’t fall because I really don’t want to fall and hurt myself."

Last year, FOX 5 reported about concerned parents who protested the plan for artificial turf at Walt Whitman High School, but the district went ahead with the plan and installed Clinoptilolite Zeolite, which is "well below the standard for children's toys based on the European Standard," according to a press release. 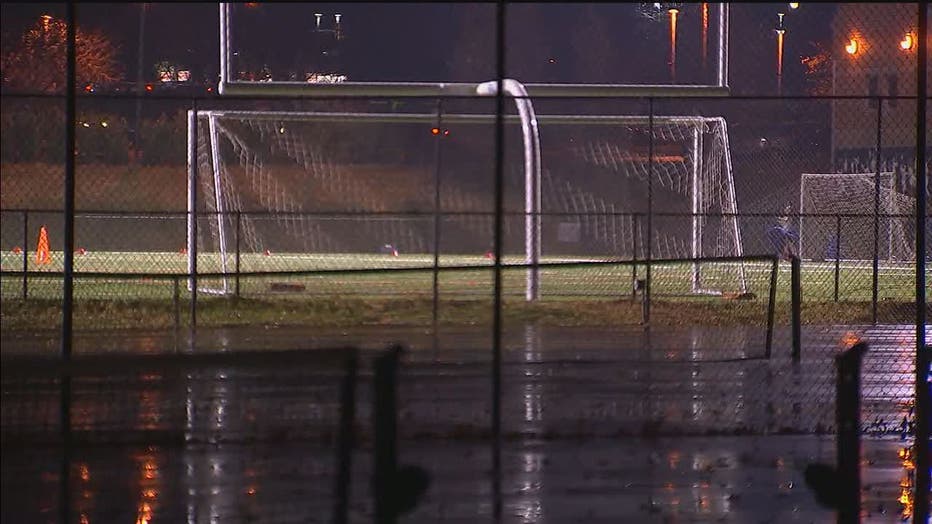 “They have a significantly higher rate of foot, ankle and knee injury than grass fields. They also have a very significant heat issue. They get up to 160 to 180 degrees on warm summer days.”

Conway said that the fields are expensive and have to be maintained, groomed and sanitized before they are taken out and replaced every six to ten years. She added that disposal of such material can cost upwards of $800,000.

“The job of MCPS is to not to maintain fields it’s to educate children,” she said. “There is a tremendous marketing machine behind the synthetic turf fields. Think about taking a waste product like tires and making a million dollars per field.”

Other schools with synthetic turf include Bethesda Chevy Chase, Einstein and Walter Johnson.

FOX 5 also contacted MCPS asking if they are aware of the claims some students and parents are making. In a statement, we were told they are not aware of any new concerns and that, “general concerns about turf aren’t unique to MCPS, but we closely review the conditions of our fields on an ongoing basis and continue to post extensive information on our website.”