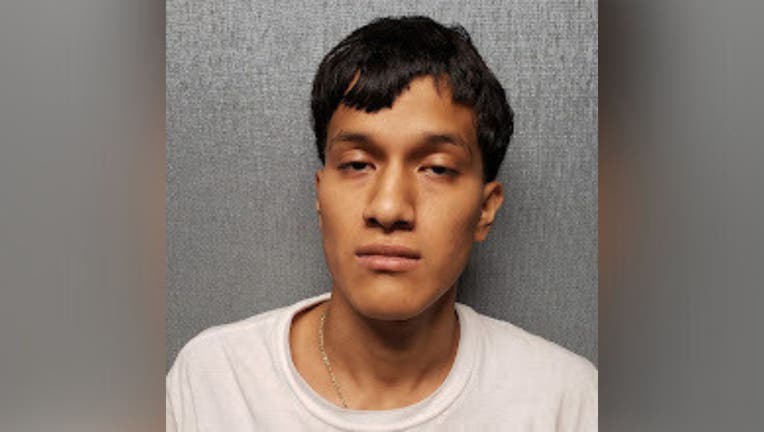 Authorities say the incident happened around 9:47 p.m. on Nov. 8 near Riverdale Road and 58th Avenue in the Riverdale Park area.

Police say they spotted a vehicle they believed was connected to a shooting and tried to pull it over when the driver fled the scene.

Stop-strips were used to disabled the vehicle near East West Boulevard and Taylor Road. Police say when the vehicle stopped, two occupants exited and began firing on officers. They both fled the scene.

A Riverdale Park police officer, Pvt. Josey Quenton, was struck during the shooting and transported to a local area hospital with non-life-threatening injuries. He has since been released.

They are still trying to identify the second suspect.