PHILADELPHIA - Six Philadelphia police officers were shot in an active shooting situation in North Philly. Police say officers "had to escape through windows and doors to get (away) from a barrage of bullets."

The incident unfolded around 4:30 p.m. Wednesday on the 3700 block of North 15th Street as officers were serving a narcotics warrant.

Police say two officers trapped inside the house for more than four hours were "safely evacuated" by a SWAT team. The suspect, Maurice Hill, surrendered late Wednesday night after hours of attempting to communicate with him.

Philadelphia Police Commissioner Richard Ross says Hill had a weapon on his person when he surrendered.

In a Thursday morning press conference, Commissioner Ross said he's not sure Hill ever knew the officers and civilians were still inside the home.

Police: Maurice Hill was armed when he surrendered

Philadelphia police say Maurice Hill had a gun on his person when he surrendered to officers early Thursday morning.

"It's nothing short of a miracle that we don't have multiple officers killed today," Police Commissioner Ross said at a Wednesday night press conference.

Residents in the neighborhood are being let back into their homes early Thursday morning, but the scene remains active as police used tear gas to get Hill to exit the home. 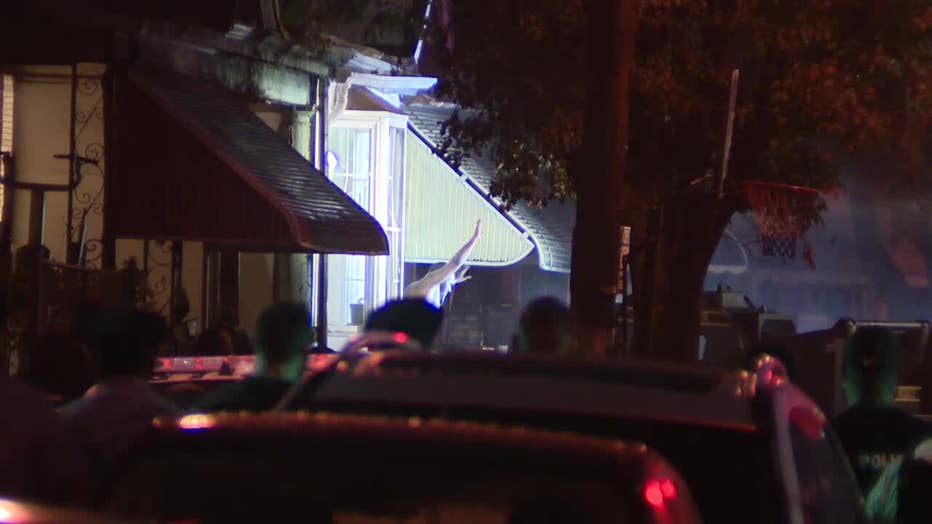 FOX 29's  Dave Schratwieser reports that a police sergeant was assaulted by someone in the neighborhood as he responded to the scene. The sergeant was struck in the head during the assault.

FOX 29's Chris O'Connell reports the shooter was live-streaming the entire situation on social media. Commissioner Ross confirmed Thursday morning that Hill had contacted his girlfriend via FaceTime during the incident as well.

Mayor Jim Kenney pleaded for gun control in the wake of the shooting, explaining that the officers needed "help."

"I'm a little angry about someone having all that weaponry and all that firepower, but we'll get to that another day,"  Mayor Jim Kenney said. "These officers need help, they need help. They need help with gun control. They need help keeping these weapons out of these people's hands. "

Wednesday's shooting of six officers marks the most Philadelphia officers shot in 49 years since seven officers were shot in August 1970 during tensions following a Black Panther party raid.

Temple University locked down part of its campus, and several children and staff were trapped in a day care down the block from the scene.