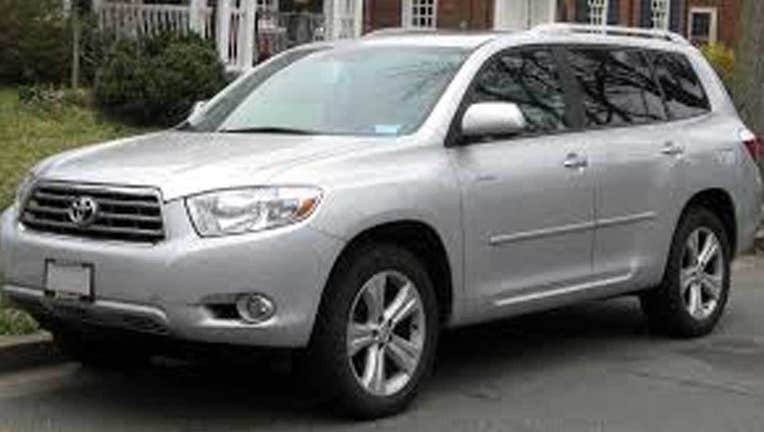 SILVER SPRING, Md. - Montgomery County police are investigating an armed carjacking of a 76-year-old woman in a church parking lot.

Police said the victim entered her SUV in the parking lot after leaving the Episcopal Church of Our Savior in the 1700 block of Powder Mill Road in Silver Spring Thursday night.

According to investigators, a man walking in the parking lot approached her vehicle and opened her driver's side door demanding money while shoving an object into her stomach that implied he had a handgun.

When the woman told the suspect she did not have any money, the man grabbed her arm, pulled her from the SUV and threw her on the ground. The suspect then left the area in her car.

The 76-year-old woman suffered minor injuries and was treated at the scene.

The suspect is described as a black male in his 30s, approximately 5'6" to 5'8' tall and weighing between 150 and 180 pounds. He was wearing a dark shirt and khaki pants.

The victim's vehicle was found Saturday at Merrimac Drive and Riggs Road in Adelphi.

Crime Solvers is offering a reward of up to $10,000 for information leading to an arrest and indictment for this crime.