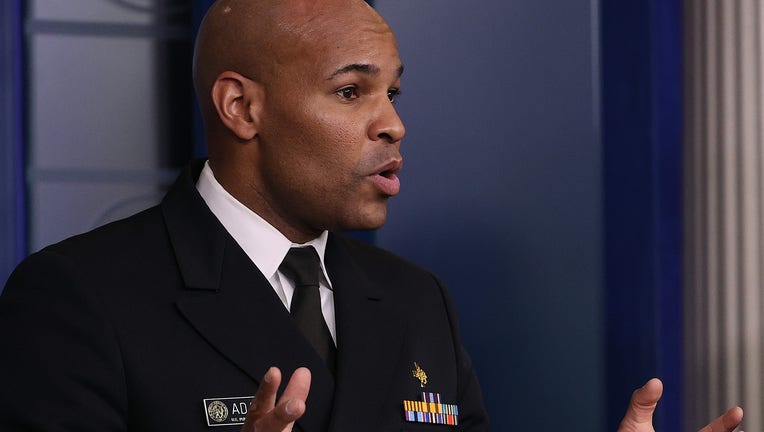 WASHINGTON - U.S. Surgeon General Vice Admiral Jerome Adams issued a dire warning to Americans as the coronavirus outbreak has yet to hit its expected peak, but did offer a glimmer of hope in terms of when the situation could improve and how.

Adams looked at the trajectories of the virus in China and Italy – both significantly ahead of the U.S. – and the exponential rise in American cases, predicting that the worst is about to come.

“Well, it’s tragically fitting that we’re talking at the beginning of Holy Week because this is going to be the hardest and the saddest week of most Americans’ lives, quite frankly,” Adams told “Fox News Sunday,” comparing it to historic national tragedies. “This is going to be our Pearl Harbor moment, our 9/11 moment, only it’s not going to be localized. It’s going to be happening all over the country. And I want America to understand that.”

Adams then explained that despite what has happened in China and Italy, American individuals and government officials “have a power to change the trajectory of this epidemic.”  He pointed to how an aggressive response can mean that an end could be in sight in the coming weeks.

“And so, I want Americans to understand that, as hard as this week is going to be, there is a light at the end of the tunnel if everyone does their part for the next 30 days,” he said, referring specifically to Washington and California, which have seen improvements.

President Trump has recommended that Americans continue to follow social distancing guidelines, but nine states have yet to issue stay-at-home orders. When asked whether a federal order would be appropriate, Adams noted the difficulties with this approach given states’ rights, but said recommendations coming out of Washington, D.C., are clear.

“[I]t’s why we put out these three days to stop the spread guidelines. These are essentially our national stay-at-home order,” Adams said. “And we're working with governors to figure out their needs, their desires.”

Adams said that for those in the nine states without orders, for people who cannot stay home for the entire month, they should “give us what you can so we can get this peak and start to come down on the other side.”

He emphasized the need to stay home this week in particular, to protect themselves and others.

“This is going to be a test of our resolve,” Adams said. “It's going to be the test of our lives.  But I am confident that we can come out on the other side, based on the data and based on what I know about the American people.”