The "ring of fire" is a type of solar eclipse where the moon partially blocks the sun's light on Earth.

LOS ANGELES - Stargazers will be treated to a visual spectacle ahead of the Independence Day fireworks with an awe-inspiring "strawberry moon" on Thursday, June 24.

June’s full moon is typically the last full moon of spring and the first of the summer solstice, according to the Farmer’s Almanac.

It will reach peak illumination at 2:40 p.m. ET. The moon won’t be fully visible until it rises over the horizon later in the evening, according to the Farmer’s Almanac.

Viewers who want to see the delicious celestial event should look towards the southeast and wait for the full moon to rise.

While it’s named the "strawberry moon," it will actually appear golden-hued. 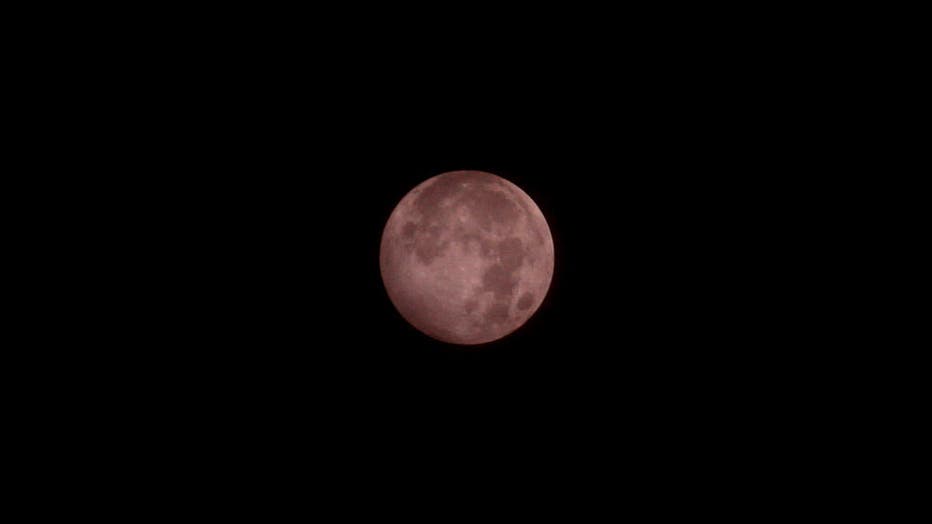 The Pink Full Moon also called Strawberry Moon are seen during the Penumbral Lunar Eclipse over the sky of Bekasi city, West Java province on June 6, 2020.

The moon gets its name from Native American tribes who used it to mark the time to gather ripe strawberries in parts of North America, according to the Farmer’s Almanac.

It has also been called a "blooming moon" and a "green corn moon."

June’s full moon has also been called by alternative European names, including the "honey moon" and the "mead moon" to represent the festivities around marriage.

In ancient Rome, June was a favored month for weddings and derives its name from the Roman goddess of marriage, Juno.