A former college basketball player turned coach in the DMV is now facing one of his toughest challenges yet. Patrick Behan was diagnosed with ALS four months ago. FOX 5's Jacqueline Matter spoke with the coach and his players about his journey ahead.

WASHINGTON - A former college basketball player turned coach in the DMV is now facing one of his toughest challenges yet.

Patrick Behan was diagnosed with ALS four months ago.

FOX 5's Jacqueline Matter spoke with the coach and his players about his journey ahead.

The DMV native loves basketball, so much so, that he’s been the head coach at St. John’s College High School for six years.

As a coach, Behan always has a game plan. Even when it comes to his newest opponent – ALS.

"Pretty much had to go right on the attack and start fighting it," Behan said. 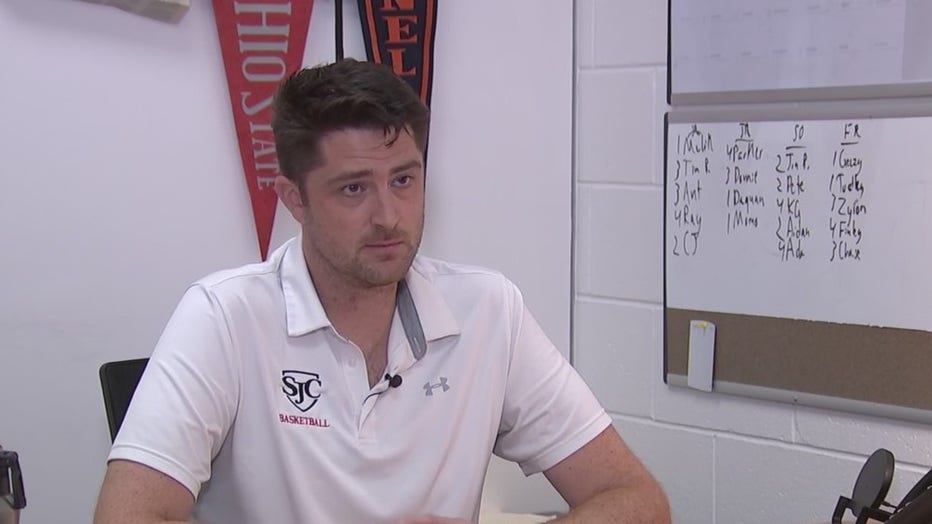 For the 6’8" former college basketball power forward who went on to play overseas, the symptoms started to worsen in March.

"That's when it really hit hard, and it just came to reality," he said.

He was diagnosed with the disease in May at 34 years old.

"Overall general weakness, not being able to perform simple tasks; opening bags, or completing a pushup and elevating my arms fully," he said about his symptoms.

While the diagnosis was devastating for Behan, it wasn’t entirely a surprise.

He’s one of ten people in his family to have been diagnosed with the disease.

"I knew that, you know, it was hereditary and that familial ALS is a real thing," Behan said. "There was a chance that I might have it. But obviously, you just never think you're going be the one at a younger age."

The neurodegenerative disease has no cure.

Knowing his life would soon change tremendously, Behan decided to share the news with his team.

"That was hard, you know, that one hit me just seeing everybody's face, and they didn't know what the meeting was about," Behan said.

"He exhibited a tremendous amount of strength to look at his team and then share that information. And there was a lot of emotion," said Dennis Hart, director of athletics at St. John’s College High School.

"It was heartbreaking. We were all crying together, like you never know what people are going through," said Donovan Freeman, an 11th grade power forward on the boy’s basketball team at St. John’s College High School.

"Everything we do is for coach and makes us appreciate all the times we had together now and definitely makes us want to work hard," said Malik Mack, a senior point guard.

Coach Pat says now he has his own team full of supporters rooting for him to take home a win.

"He means a lot to this team and to this community, and yeah he's very early in his treatments, but he knows that he's not going to walk this alone," Hart said. 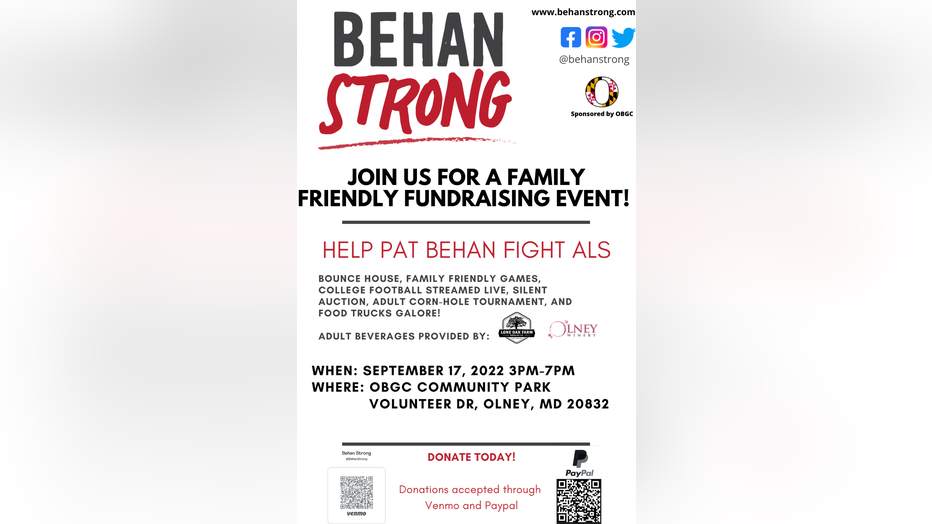 While Behan doesn’t know what the future will hold or what his body will allow him to do, one thing is for certain: He will continue to coach the team and sport that he loves.

"They're still really hard moments, really tough days, but just overall my outlook on life is how can I make an impact," Behan said. "For the hours that I’m spending here, it's what I love to do, and I’m thankful to still be able to do it."

A fundraiser is being held on Sept. 17th to help Behan fight this disease.

Those details can be found via the event page.