The “Beverly Hills, 90210” alum revealed Tuesday that her cancer has returned and is now stage four.

NEW YORK - Shannen Doherty revealed Tuesday that she has another diagnosis of breast cancer — this time stage four.

The “Beverly Hills, 90210” alum, who was first diagnosed in 2015, told ABC’s “Good Morning America“ that she has been privately living with the cancer again for a year.

“I don’t think that I’ve processed it,” Doherty, 48, told the network. “It’s a bitter pill to swallow in a lot of ways. There are definitely days when I say, ‘Why me?’ And then I go, ‘Well, why not me? Who else?’ Who else besides me deserves this? No of us do.”

Doherty has been candid about her cancer diagnosis in the past, sharing updates on social media. In 2017, she shared that her breast cancer was in remission — but noted that recurrences happen frequently and that the next five years would be critical.

However, Doherty said this time she received the news of her stage four diagnosis and kept the details a secret.

She told the network that after both her initial diagnosis and the more recent one, “My first reaction is always concern about how am I going to tell my mom? My husband?”

Following the news, Doherty said she went back to work on FOX’s “90210” reboot just months after her friend and former co-star Luke Perry died from a massive stroke. 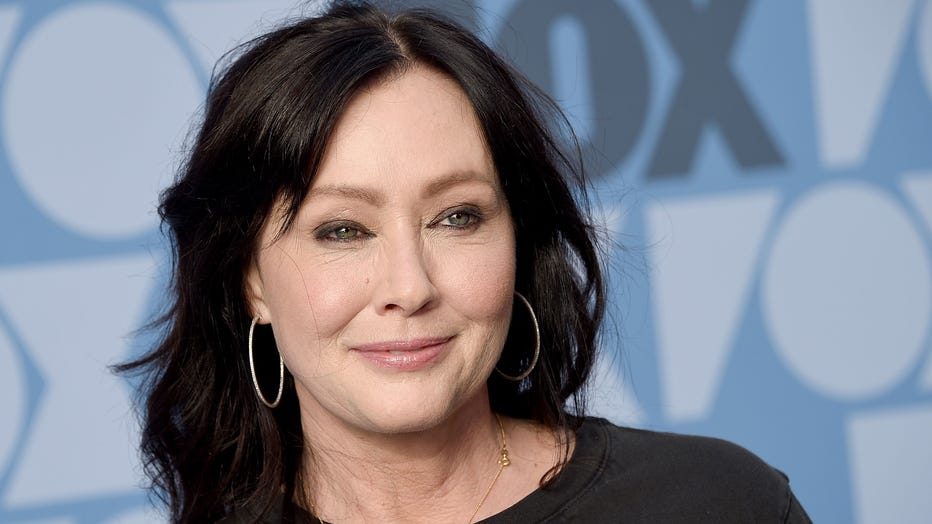 “It was so weird for me to be diagnosed, and then somebody who was seemingly healthy, to go first. It was really shocking,” Doherty told the network through tears.

The actress said she decided to join the reboot to honor Perry, but also to be as an example to others living with a cancer diagnosis.

"People can look at that and say, ‘Oh my God, yeah. She can work and other people with stage four can work, too.' Our life doesn't end the minute we get that diagnosis. We still have some living to do," she added.