FREDERICK COUNTY, Md. - The City of Frederick wants to add $200,000 worth of new security cameras in the next fiscal year.

Before they do that, the city’s elected board has asked for a plan for how surveillance will be used and monitored.

Right now, there are no standardized rules on how various departments in Frederick can look at these cameras such as the one FOX 5 noticed on top of a city-owned parking garage. 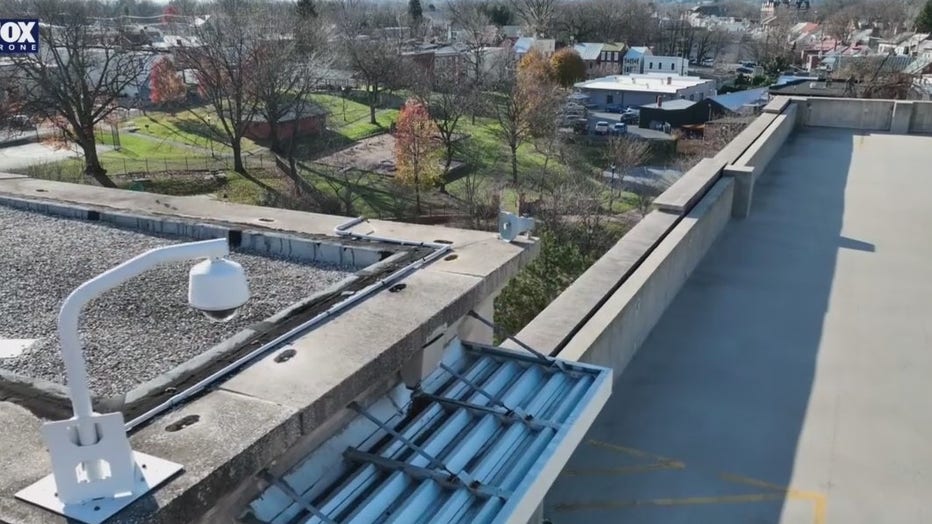 The city says it wants to do this in a way that protects people’s civil liberties.

If the proposed rules are adopted, the person on the other end of the camera would not be able to do so-called "arbitrary tracking." That means they can’t use any audio, follow a person by panning or tilting the camera, and any facial recognition software would be disabled as well. There is an exception for immediate police or public safety concerns.

"We wanted to create a singular policy as multiple city departments kind of implemented security cameras individually, so we wanted to have that standard and oversight over how we deploy and use security cameras," said Nathan Hupp, a security and emergency preparedness administrator at the City of Frederick.

How the 10 or so agencies aside from police will use and monitor all surveillance cameras is still up for debate. And there's mixed reaction from residents on the issue.

"I’m okay with it, especially if it helps prevent crime or with solving crimes," said Patricia Raynor, a Frederick County resident.

Another resident, a self-described Libertarian, told FOX 5 that anytime there are more cameras, he has concerns:

"I just feel like limitations are always pushed to their boundaries, and every time you take one step in that kind of direction with surveillance, it kind of ends up going to the next step and the next step until you’re completely surveilled," the man said.

"We incorporated privacy protections in there to protect individual rights and liberties," he explained. "One of the nuances in that policy is to make sure that system operators are avoiding improper use of the system — and it’s just monitoring how we’re deploying camera technology moving forward."

This proposal would also set up an oversight board to ensure these departments that aren’t police are following these rules.

Frederick County Police would be exempt from this policy.  The department has internal policies and procedures in place for its department that would not be subject to this proposal, if it passes.  Body-worn cameras, special surveillance equipment for investigations and dashcam footage are a few examples of cameras police use.

The expectation is that public hearings will eventually happen, so the community can have a say on the issue.