Voters in Frederick elected 18-year-old Mason Carter Tuesday to the county council. In just a few months, Carter will be learning the ropes of how to help run the county and settling into his freshman year at Frederick Community College. FOX 5's David Kaplan caught up with the up-and-coming politician to talk about what's next.

In just a few months, Carter will be learning the ropes of how to help run the county and settling into his freshman year at Frederick Community College.

"Everyone knows I’m young," Carter told FOX 5. "It’s easy to use the old adage as a crutch when you get older — that age is just a number … When we talked to people at their door, at events, on the street. Age didn’t come up. It’s not about age, it’s about results. That’s what we wanted."

Tuesday night — 70% of voters in Frederick County Council’s 5th District decided to give Carter a shot.

READ MORE: Where results stand after Election Day 2022 in DC, Maryland, Virginia and beyond

The up-and-coming politician grew up in Walkersville, a town about 15 minutes from downtown Frederick. His interest in politics started at age 8 when he helped a neighbor run for a town office.

In 2016, he was inspired by the presidential election to get involved, and early last year, he decided to run. 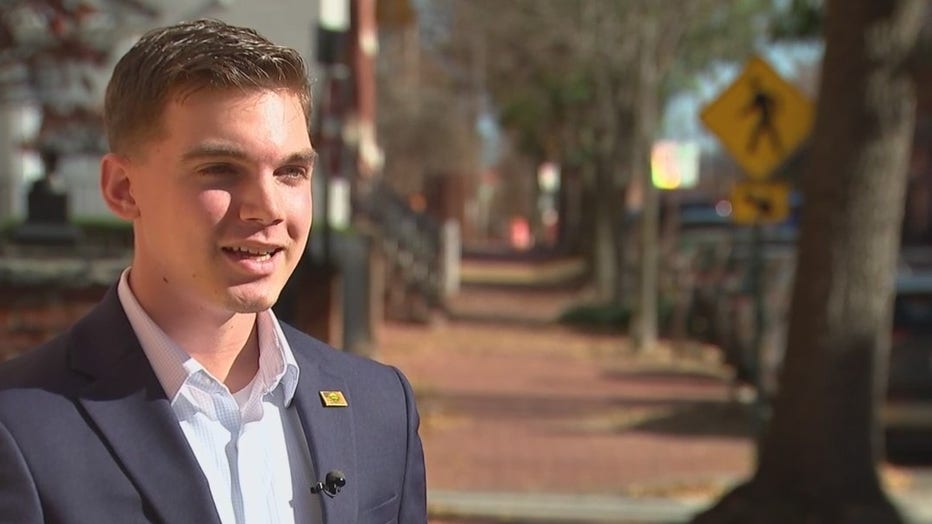 What he may lack in political experience, the newest council member makes up for in optimism — a desire to create for others what he feels Frederick County gave him.

"I wanted to help families, and my future family if I’m so blessed to have one. Because I want to raise my family right here in Frederick County, because that’s what my family did to me," Carter said.

FOX 5 found a voter who says he cast his ballot for Carter, fully aware of his youth, finding common ground with his positions.

"My sister pulled it up and showed me some of the people on the internet. I was pretty impressed by somebody so young," Keith Covill said.

Age is just a number for some but here, youth isn’t being wasted on the young. Of all the county council seats up for grabs last night, Carter’s victory was by the largest margin.