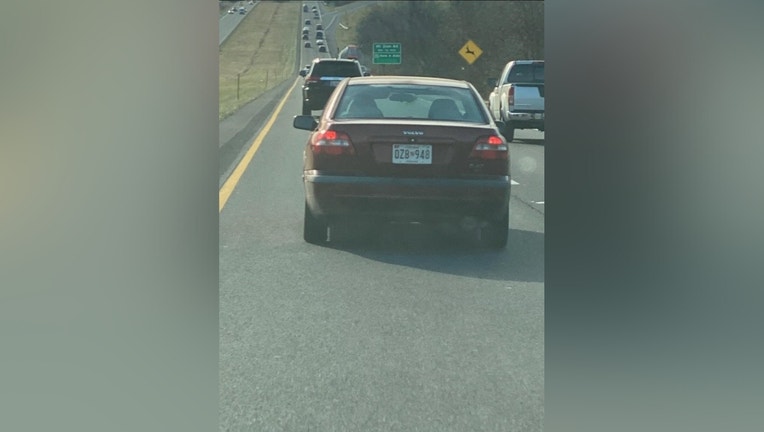 FREDERICK, Md. - Police are searching for the driver of a car who is accused of pointing a gun at other drivers along a highway in Frederick on Friday afternoon.

Maryland State Police say around 2:30 p.m., officers were notified by the victim that a driver had pointed a gun at him while driving westbound on US Route 340/15 near Mount Zion Road.

According to the victim, the suspect vehicle, described as a red Volvo S40 sedan, began to tailgate him.

The victim told police that the car then attempted to pass, and as he did, the suspect rolled down his window and pointed a large framed gun at the victim. The gun was described as being silver or gold-plated.

The suspect then drove away, and continued driving aggressively as he did. According to the victim, the suspect also pointed the gun at another driver.

Police say the suspect is described as man in his late 20s or early 30s wearing dark clothing. The suspect vehicle was last seen turning left onto Mountville Road from southbound US Route 15.

Police released a photo (above) of the suspect vehicle.