PALMETTO, Fla. (FOX 13) - I think a lot of us guys can identify with a sandhill crane who was caught trying to impress a lady friend using his best dance moves.

For all his efforts, he got absolutely no love from the female. 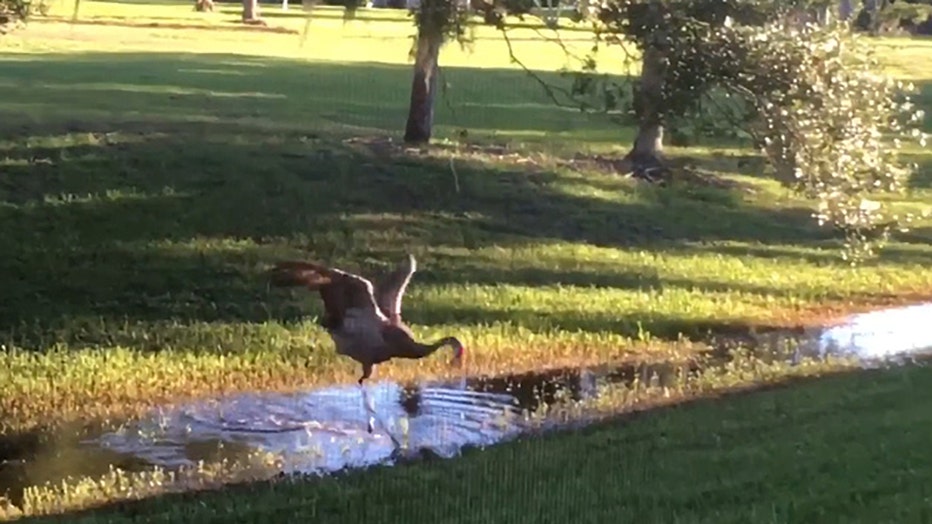 Dan Poe watched from his lanai in Palmetto, Florida as a male sandhill crane did his best to seduce a lady.

At first, the male pretended he wasn’t that interested. He showed off his wingspan and made a few turns to give her a full view, but then backed off.

That’s when he came back with all his might, throwing Spanish moss into the air with his beak and splashing in a nearby canal.

The object of his affection still wasn’t buying it. She walked casually behind him as he flailed about.

Finally, he seemed to take the hint and gave her some space.