The 58th anniversary of the March on Washington will take place in D.C. this Saturday. FOX 5's Natalie Rubino has a preview from the march.

WASHINGTON (FOX 5 DC) - The 58th anniversary of the March on Washington will take place in D.C. this weekend. Here's everything you need to know about the history, significance and impacts on the District.

Reverend Al Sharpton joined FOX 5 to talk civil rights and the March on for Voting Rights gathering in D.C.

READ MORE: ‘March On For Voting Rights’ to take place on anniversary of MLK's 'I Have A Dream' speech

What is the March on Washington?

The March on Washington was a massive protest march in August 1963. Thousands of people gathered on the National Mall to protest inequalities faced by African Americans and Martin Luther King Jr. gave his iconic "I Have A Dream" speech at the Lincoln Memorial. 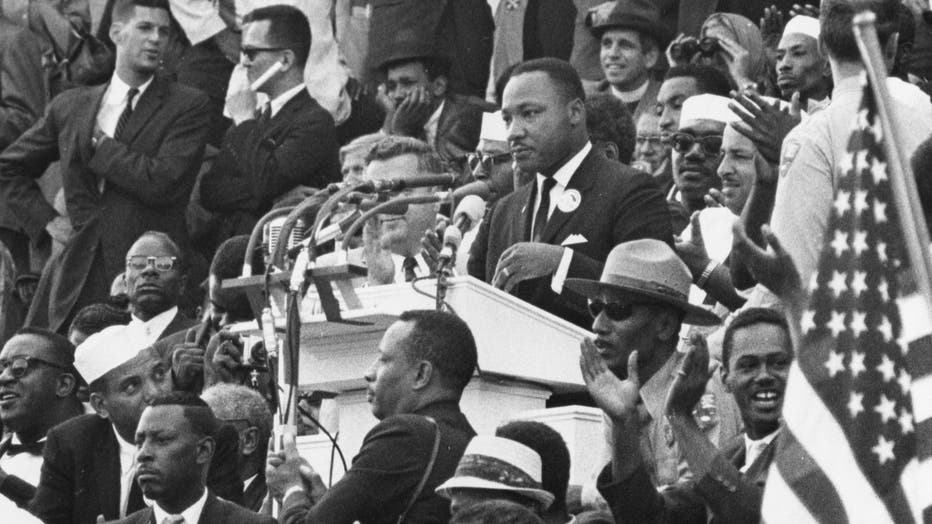 Dr Martin Luther King Jr addresses the crowd on the steps of the Lincoln Memorial during the historic March on Washington. (Photo by PhotoQuest/Getty Images) 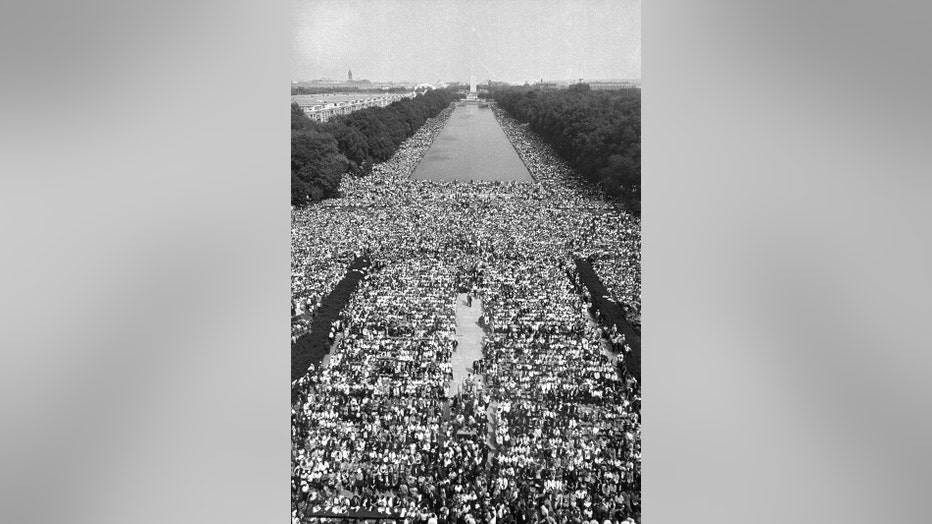 (Original Caption) This photo, made from the top of the Lincoln Memorial, shows how the March on Washington participants jammed the area in front of the Memorial and on either side of the Reflecting Pool. Demonstrators are massed at the pool all the 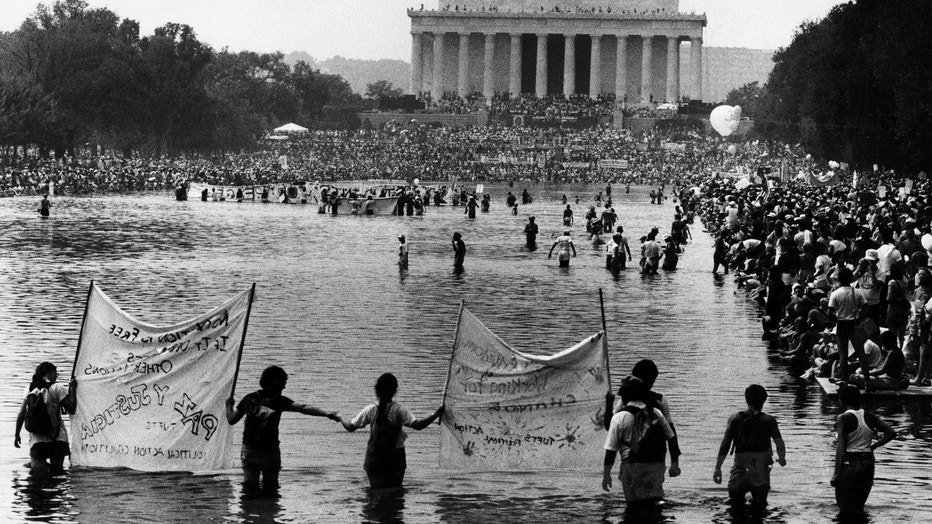 WASHINGTON, D.C, - AUGUST 27: Participants in the March on Washington stand in the reflecting pool in front of the Lincoln Memorial in Washington DC on Aug. 27, 1983, to observe the 20th anniversary of the 1963 civil rights march on Washington led by

Since the 1963 March on Washington, thousands of people have continued to descend on D.C. on the anniversary of the march to pay tribute to King and to continue fighting for equal rights. 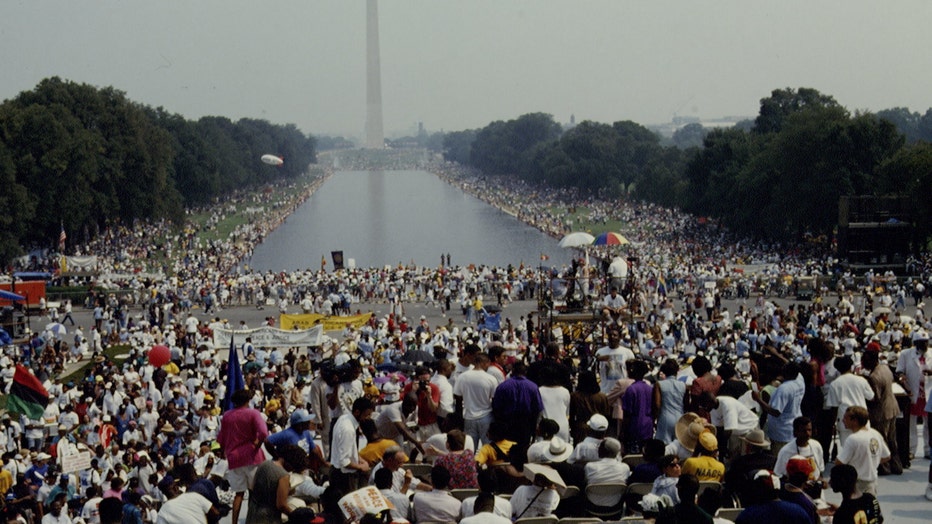 In 2020, a commemoration of the march was reconfigured to comply with COVID-19 protocols. Martin Luther King III, a son of the late civil rights icon, attorney Benjamin Crump and the families of George Floyd, Trayvon Martin, Eric Garner, Ahmaud Arbery, and Breonna Taylor, participated in the event. 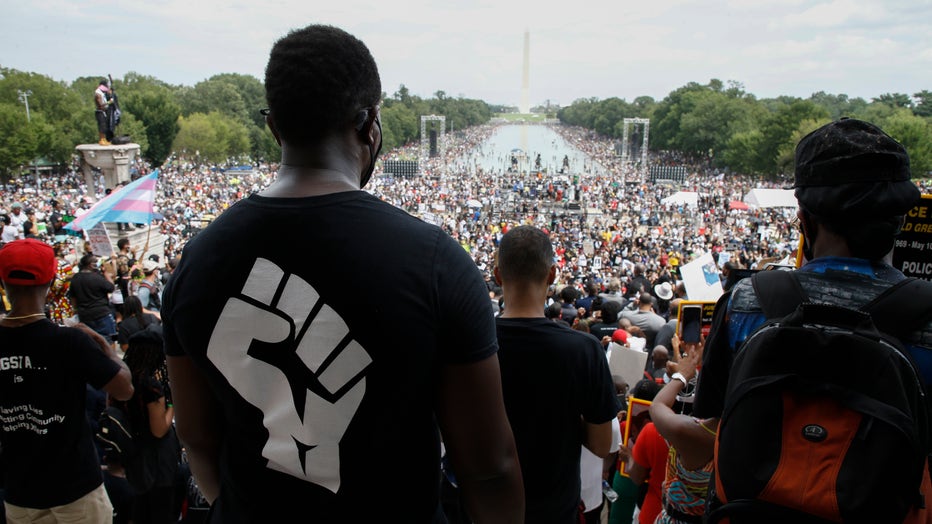 Thousands gather for the ''Get Your Knee Off Our Necks'' march on the anniversary of the 1963 Civil Rights March On Washington, at the Lincoln Memorial, in Washington DC USA, on August 28, 2020. National Action Network founder, Reverend Al Sharpton, 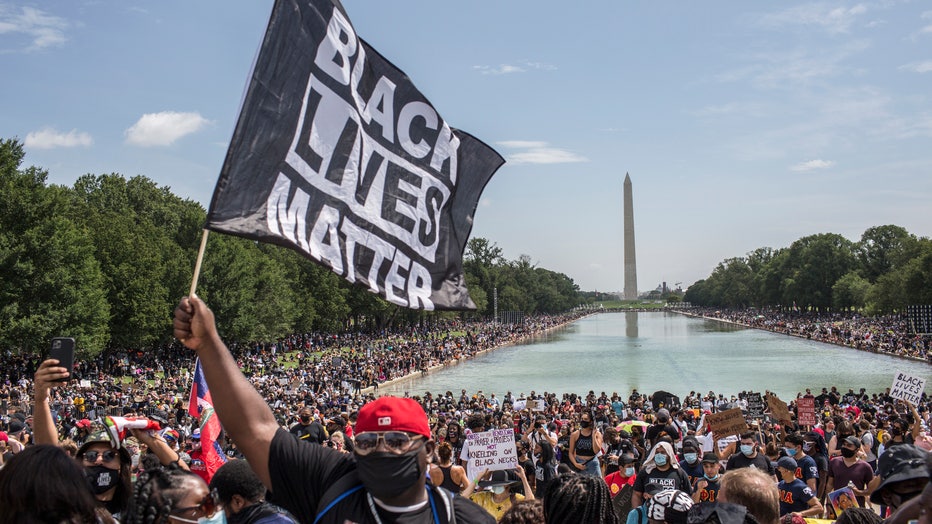 WASHINGTON, DISTRICT OF COLUMBIA, UNITED STATES - 2020/08/28: A demonstrator holding a flag with Black Lives Matter written on it while attending the "Commitment March: Get Your Knee Off Our Necks" protest against racism and police brutality at the L 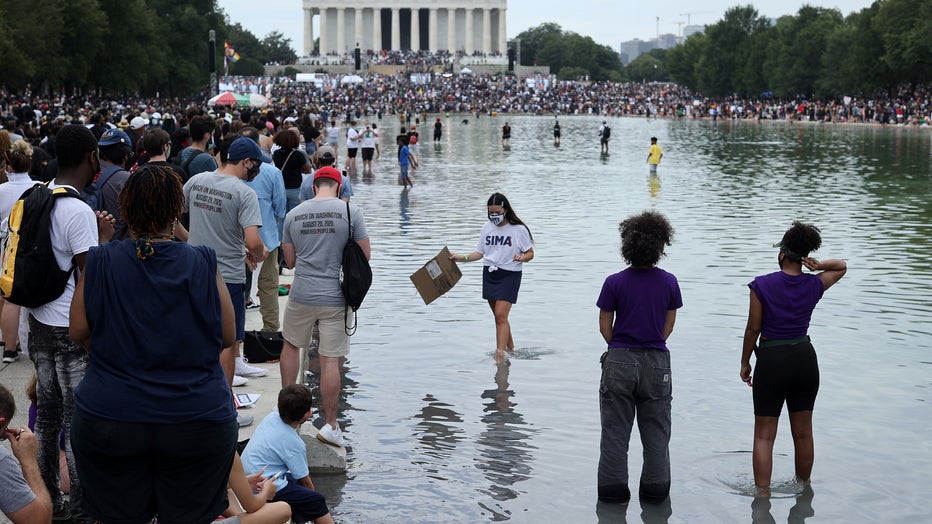 WASHINGTON, DC - AUGUST 28: People stand in the Reflecting Pool along the National Mall as they rally near the Lincoln Memorial during the March on Washington August 28, 2020 in Washington, DC. Today marks the 57th anniversary of Rev. Martin Luther K

The 2021 march, called "March On for Voting Rights," will be held not only in D.C. but in multiple other cities across the U.S., including Houston, Miami, Atlanta and more.

According to their website, voting rights are under attack and multiple state legislatures across the country have introduced bills that lead to voter suppression.

"Marching is a form of nonviolent protest, and protest is a form of democratic expression older than America itself," the website says. "We march to shine the light of truth on what is happening in state legislatures, ensure that Americans understand what’s at stake, and give people a mechanism to demand action on this most urgent issue of our generation."

The march in D.C. will begin at 9:45 a.m. at McPherson Square Park, going past Black Lives Matter Plaza, the White House and the Washington Monument.

DC police have released information on upcoming street closures ahead of the 58th Anniversary of the March on Washington.

Officials say there are several demonstrations set to take place in the District on Saturday, Aug. 28 and they are preparing to put parking restrictions and road closures in place.

The following streets will be designated as "Emergency No Parking" from 4:00 a.m. to midnight:

The Metropolitan Police Department says there is also a possibility that there could be additional intermittent closures in the downtown area. The closures are subject to change depending on the conditions and demonstrations.

Drivers are encouraged to consider alternative routes during these events.