A resolution has passed to protect abortion rights after an Alexandria City Council Meeting.

ALEXANDRIA, Va. - A resolution has passed to protect abortion rights after an Alexandria City Council Meeting.

FOX 5's Melanie Alnwick says the decision came down Tuesday night after a heated conference. Alexandria leaders say they are the first local government to formally affirm abortion rights and plan to fight any further restrictions.

The resolution passed unanimously, Alnwick reported. But not quietly. 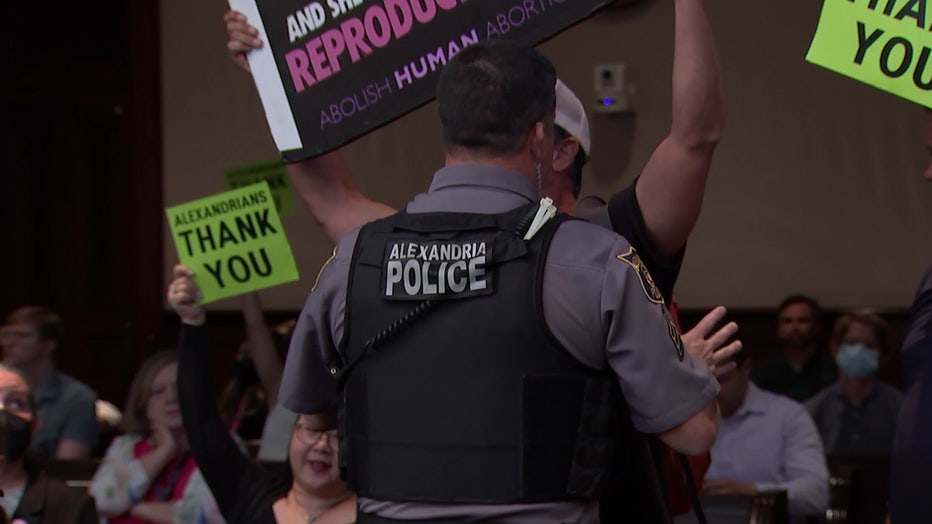 Alnwick says there were outbursts from attendees several times during the meeting.

A group of protestors opposed to abortion were kicked out after repeated warnings. Alnwick says they did leave peacefully.

Council members spoke passionately about why they felt they needed this vote. Alnwick reports the council resolution urges the Virginia General Assembly to protect access to abortion, directs the city attorney to join any legal action to block further state restrictions, and asks for funding in the next budget to ensure access to reproductive health and safe abortion services -- as well as maternal and child health services for low income residents.

At the direction of Governor Glenn Youngkin, four Virginia republican senators are now working on a bill to ban abortion after 15 weeks.

It is currently legal in the first and second trimester, though after 12 weeks must be performed in a hospital. Late-term abortions are only allowed to protect the life of the mother.