It's a situation nobody should be forced to live with, but neighbors at an apartment complex in Maryland claim their building is infested with dozens of mice!

COLUMBIA, Md. (FOX 5 DC) - There are traps lining the floors, mice droppings on just about every surface and even a dead mouse laying on the bedroom carpet.

“First something hit my foot,” Ashley Gould recalls. “I immediately screamed, I’m like, what in the world was that? That was physical contact. Finally, I look over a half a second later and I see a mouse run into my bedroom.”

On the fourth floor, resident Thomas Yoon says, “I caught about one or two mouse every day. Kitchen, bedroom, bathroom, closet, laundry mat.”

These tenants of the Paragon at Columbia Overlook in Columbia, Maryland, each claim their homes are infested with rodents.

Two weeks later, she discovered the source. After reporting the mice to management, Gould says, they responded the following morning.

“They had dropped some traps, then they came back a couple hours later and there was mice everywhere. All in the traps. Four mice on a trap. As many mice as can get on a trap, that’s how many mice were on that trap.”

She says, 60 to 100 mice have been captured in her apartment alone, just in the past few weeks.

She claims the infestation is so bad, she’s had to move out. Yoon says he also had to leave, opting to stay in a hotel, which management paid for.

In a statement to Fox 5 DC, Paragon said:

“We recognized the problem and immediately took action. The professional extermination company has inspected and treated every apartment and we are continuing to monitor the situation to ensure it is fully resolved.  In addition, we have removed the dumpsters that were attracting the pests, closed off all trash chutes and have switched to a valet trash service.”

“We had no work orders or complaints about any type of infestation from any prior residents. Once we were aware, we took immediate action.”

However, both Kim and Yoon say they complained about the infestation over the summer, at least two months before management emailed Gould writing, quote, “We did not know of this issue prior to you moving in." 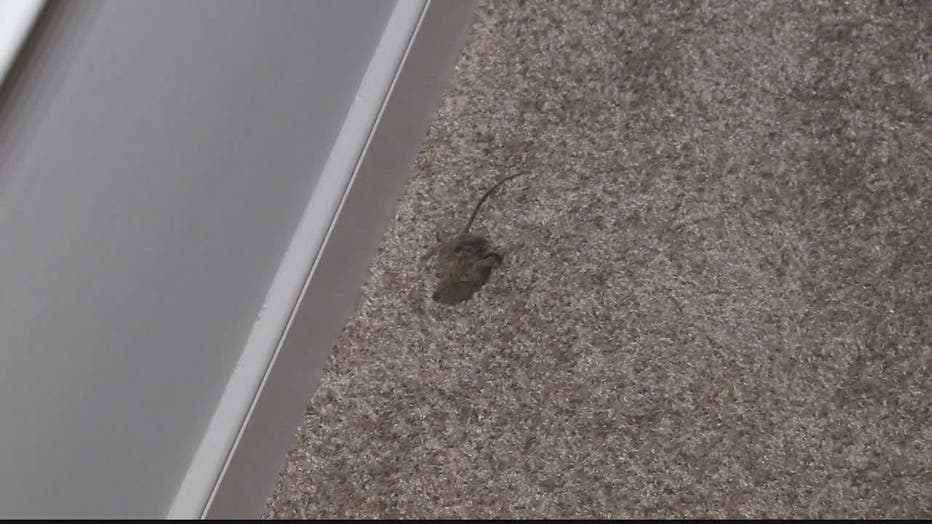