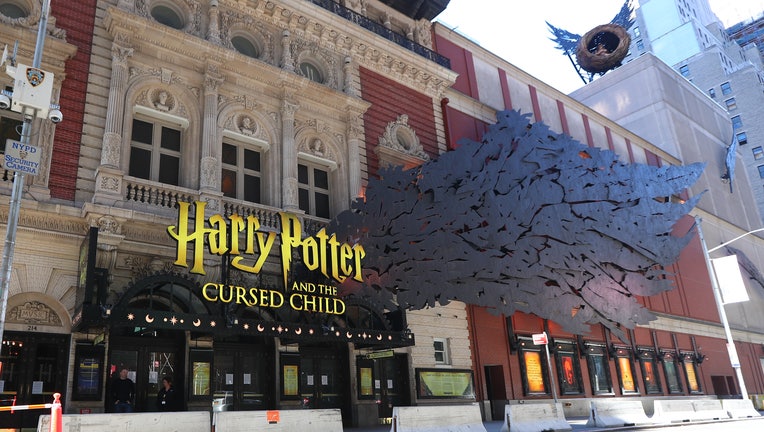 A general view of the Lyric Theater on West 43rd Street and Harry Potter and the Cursed Child marquis on March 14, 2020 in New York, NY. (Photo by Rich Graessle/Icon Sportswire via Getty Images)

It’s a good time to have your Butterbeer on tap as a live-action "Harry Potter" series is currently in the early stages of development, according to multiple entertainment reports.

The Hollywood Reporter and Variety are reporting that sources say Warner Bros. and HBO Max have started conversations with potential writers to launch the project, although no writers or talent have officially signed on. Neither Warner Bros. nor HBO Max would confirm the report.

"There are no Harry Potter series in development at the studio or on the streaming platform," the media companies said in a statement to Variety and THR.

The reports did not say what the show would possibly be about, though THR said the talks were "exploring various ideas."

Fans waited in line for hours to get a view of the steam-powered train that was used in the famous franchise at a station in Scotland, only to have their hopes dashed.

The franchise centers around Harry — an orphaned boy whose destiny is to save the wizarding world.

In May, J.K. Rowling, the author of the book, announced on Twitter that all 17 chapters of "Harry Potter and the Sorcerer’s Stone" will be read in a series of free videos and audio recordings. The readings of the beloved fantasy story is part of the Harry Potter at Home series.

Rowling also launched an online initiative, www.harrypotterathome.com, which features quizzes, games and other activities to give families activities during the COVID-19 pandemic.

Rowling’s first novel, Harry Potter and the Philosopher’s Stone, was published in Britain on June 26, 1997.