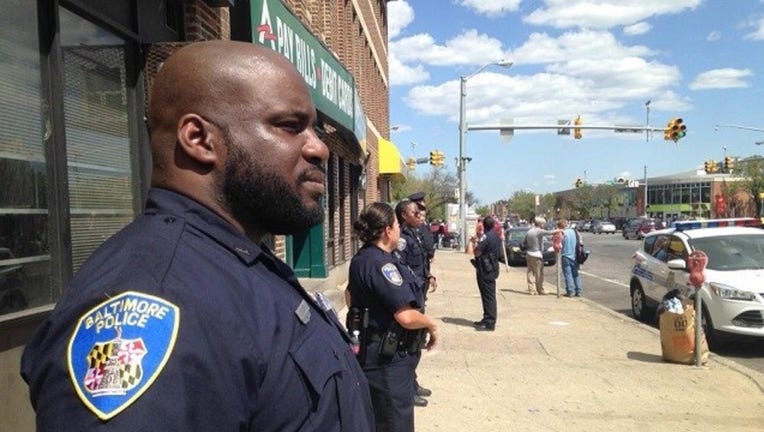 By BEN NUCKOLS and MICHAEL BIESECKER

BALTIMORE (AP) -- Months before Freddie Gray died of the broken neck he suffered during what Baltimore's top prosecutor called an illegal arrest, the city's mayor and police commissioner said the department needed reform and asked the Justice Department for help reviewing officer misconduct.

Now that Gray is buried, six officers are charged in his death and an uneasy calm has returned to the streets, critics are wondering whether city leaders are capable of implementing the change the city needs without the direct, intensive oversight that comes with a full-fledged civil rights investigation resulting in a federal consent decree.

Democratic Mayor Stephanie Rawlings-Blake has already pushed back against this possibility, saying it would deprive Baltimore's leaders from having a say in fighting crime in one of the nation's most violent major cities, with more than 200 homicides a year.

"Nobody wants the Department of Justice to come and take over our city," she said last week.

Attorney General Loretta Lynch was in Baltimore on Tuesday to meet with Gray's family and faith leaders. Justice Department officials accompanying her included the head of the civil rights division, Vanita Gupta.

Baltimore's leaders should welcome federal oversight, because it's doubtful any police department can fix itself from within, said Erwin Chemerinsky, the dean of the University of California-Irvine School of Law.

Consent decrees have been mostly effective since Congress responded to the Rodney King beating in Los Angeles by granting the Justice Department the power in 1994 to sue police departments for civil rights violations. Los Angeles went through it, and proved that it works, said Chemerinsky, who has studied reform efforts there.

"I think that there is less likelihood of excessive force today, less racist policing today in Los Angeles, than prior to the consent decree," he said.

Justice officials are also negotiating with the department in Ferguson, Missouri, where an officer's shooting of 18-year-old Michael Brown sparked a national debate about use of force by police against blacks. The federal civil rights investigation in Ferguson found patterns of racial bias and discriminatory law enforcement tactics.

A consent decree is a form of negotiated settlement with the Justice Department that averts a civil-rights lawsuit. Police departments agree to implement a series of reforms under the watch of an independent monitor.

The Justice Department already announced a separate federal probe of Gray's death. And a broad civil rights investigation would not begin unless federal authorities conclude the ongoing voluntary review is insufficient.

Federal consent decrees also create new challenges. It can take more than a decade for police departments to satisfy their requirements, and meanwhile, expenses add up: It can cost tens of millions of dollars to retrain officers, hire new ones and modify use-of-force policies.

"Cities don't want to invest their scarce resources in the costly process of reforming a police department," said Stephen Rushin, a visiting assistant professor of law at the University of Illinois who is working on a book about police reform. "Typically, it takes away from investments in schools, roads, parks, other things the city is going to value."

Then again, the city is already spending millions in legal settlements with people alleging officers have injured them or killed family members. The mayor and Police Commissioner Anthony Batts asked for the Justice Department review last year after The Baltimore Sun tallied $5.7 million in payouts to resolve more than 100 police misconduct lawsuits since 2011.

The voluntary review should result in recommendations and give the city access to federal funds to implement them, but they would not be enforced by any court order or independent monitor.

Meanwhile, Baltimore faces financial challenges so serious that in 2013, the mayor hired outside consultants who forecast that the local government was on the path to insolvency. The mayor has implemented spending reforms, but has little leeway to raise taxes. The city's property taxes are already the highest in Maryland after being raised repeatedly between 1950 and 1985, in part to cover the cost of city services as the city lost manufacturing jobs and shed population.

Some residents and legal advocates think the city's government won't be able to impose change unless it's forced to.

"There's skepticism about how thorough and effective any kind of collaborative process will be," said Sonia Kumar, a staff attorney with the ACLU of Maryland. "The measure of success is really whether people feel that things are different on the street in their interactions with police."

Randy Howell, 55, who grew up in the Sandtown-Winchester neighborhood where Gray was arrested, says far more than federal intervention is needed to set things right. The city, state and federal governments need to address what he calls the root causes of crime: high unemployment, poor schools, grinding poverty and a lack of basic amenities such as a grocery store.

"The first thing they need to do is get rid of them vans," Howell said. "Those vans are a death trap. ... Other police departments don't use them. And body cameras. But they also need to change the people and the neighborhood."