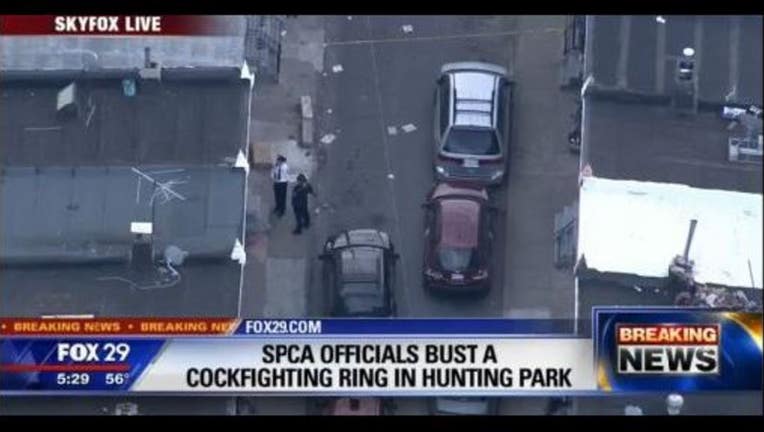 PHILADELPHIA (WTXF)- The PSPCA executed a search warrant Tuesday in the city's Hunting Park neighborhood in a case of suspected cockfighting.

According to the PSPCA,officers were on scene at the residence on the 2800 block of North Lee Street where 36 birds were found along with fighting paraphernalia. PSPCA officers were in the neighborhood investigating an unrelated case when birds dressed for fighting were spotted in the yard, along with evidence of additional birds inside the property.

The PSPCA says charges are pending.

All of the birds seized, which included fighting roosters and hens, were transported to the PSPCA's Erie Avenue Headquarters to be evaluated by the PSPCA's forensic veterinary team.

"Cockfighting is a brutal crime in which all animals involved suffer severe physical trauma," said George Bengal, Director of Humane Law Enforcement. "We want to remind the public that animal fighting is a felony and cannot be tolerated."