Protesters gathered outside a pro-life gala in the District Tuesday, which several politicians reportedly attended. The rally was held on the same day Republican Senator Lindsey Graham introduced a bill that would impose a nationwide ban on abortion after 15 weeks. FOX 5’s Lindsay Watts spoke to protestors outside the National Building Museum in Northwest.

WASHINGTON - Protesters gathered outside the National Building Museum Tuesday with hopes of reaching the politicians attending the Susan B. Anthony Pro-life America Gala.

They held signs that read, "No forced births" and "Pro-Life is a lie." Some spoke through bullhorns and waved flags, while others beat on drums and chanted. FOX 5's Lindsay Watts captured protestors cursing at attendees as they left the gala.

Virginia Governor Glenn Youngkin was billed as the headline speaker for the fundraiser event.

Youngkin was reportedly joined by politicians such as former Vice-President Mike Pence, Senator Lindsey Graham, and several members of the clergy from across the country.

Earlier in the day, Graham introduced a bill that would ban abortion across the country after 15 weeks.

Graham's abortion ban does include exceptions for rape, incest, and saving the life of the mother. The bill imposes a penalty of up to five years in prison. 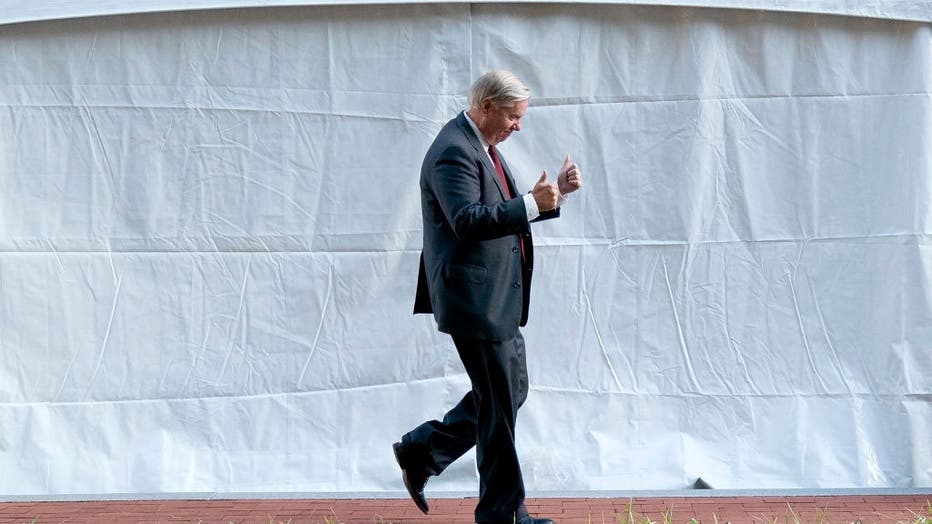 US Senator Lindsey Graham (R-SC) gives thumbs up to abortion rights protestors as he arrives to the Susan B. Anthony Pro-Life Americas annual gala and fundraising dinner at the National Building Museum in Washington, DC, on September 13, 2022. (Photo

A few pro-choice protestors  —  including a man projecting messages onto the Building Museum, as he did at the Trump hotel — opened up to FOX 5's Lindsay Watts about why they showed up at the event.

"The people at the Susan B. Anthony Group don’t care about peoples' reproductive rights, so we’re here to remind them that most Americans do," Robin Bell explained.

One of the messages Bell projected onto the building read, "Abortion is healthcare." 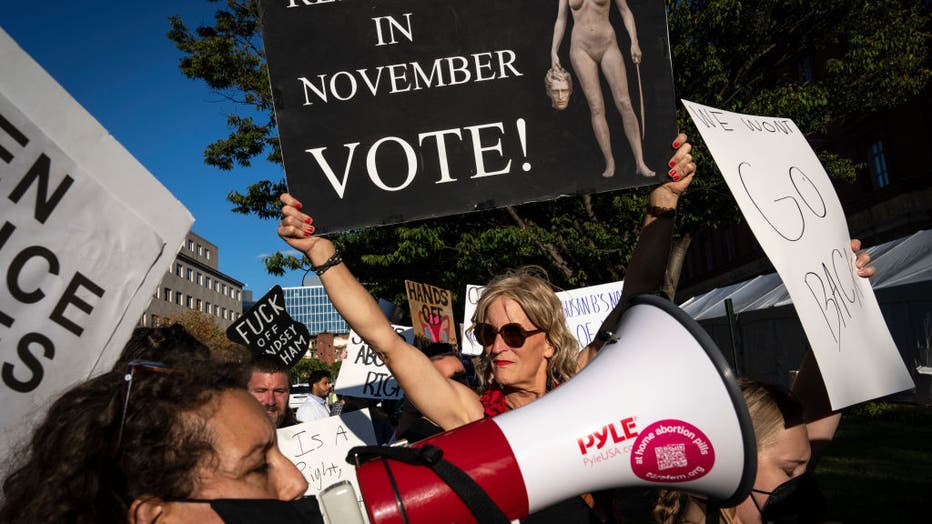 WASHINGTON, DC - SEPTEMBER 13: Abortion rights activists protest as guests arrive for the Susan B. Anthony Pro-Life Americas annual gala and fundraising dinner at the National Building Museum on September 13, 2022 in Washington, DC. Earlier in the da

"I’m out here because I’m scared, and I genuinely feel like if we don’t do something as and build people power now it might be too late," Brianni Davillier said. "And if we don’t fight now against healthcare rights and reproductive rights, who knows what's next to be taken from our lives?"

Graham's bill is not expected to pass or even come up for a vote and some believe his proposal is not helpful to Republicans ahead of the midterms elections.