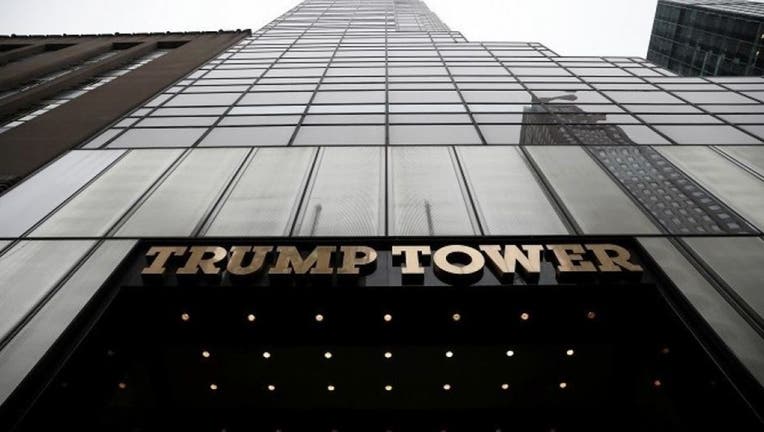 NEW YORK (AP) -- He's one of the longest-serving employees in Donald Trump's family real estate business. Through triumphs, scandals and bankruptcies, he was there.

Allen Weisselberg was handling the books when Fred Trump ran the company in the early 1970s. He was handling them when his son Donald made his mark with Trump Tower in the early `80s, then teetered on personal bankruptcy in the `90s. And he was there when Trump transformed the business around his TV celebrity in the new millennium and went on a global licensing spree.

Now the private and loyal Weisselberg is in the spotlight as the latest Trump confidant, and perhaps the most significant, to strike a deal with federal investigators for protection and to tell what he knows. Federal prosecutors have granted the Trump Organization's chief financial officer immunity in the federal probe of former Trump lawyer Michael Cohen as the president lashes out at people "flipping" to the feds.

"Weisselberg knows everything about Trump entities that have taken in money and spent it," said Trump biographer Michael D'Antonio, who writes frequently about the president's businesses. "All of this would come into play if Trump was being audited or investigated for financial crimes."

Two people with knowledge of the situation told The Associated Press about the deal Friday, speaking on condition of anonymity because they were not authorized to discuss the matter publicly. One of them said the immunity agreement was restricted to Weisselberg's grand jury testimony last month in the Cohen case, specifically the allegations that Cohen paid hush money to two women who claimed affairs with Trump.

Whether the 71-year-old is continuing to help prosecutors was unclear. Asked if Weisselberg was cooperating further, one of the sources declined to comment.

Cohen pleaded guilty to tax and campaign finance violations Tuesday. And while not named in the Cohen case, Weisselberg is believed to be one of two Trump executives mentioned in court documents who reimbursed Cohen and falsely recorded the payments as legal expenses.

The AP reported Thursday that the tabloid kept a safe containing documents about hush-money payments and damaging stories it killed as part of its cozy relationship with Trump leading up to the 2016 presidential election.

Calls and emails to the Trump Organization to reach Weisselberg and general counsel Alan Garten were not immediately answered. An assistant said both were out of the office Friday.

Weisselberg, an intensely private, loyal numbers-man for Trump, was mentioned on an audiotape that Cohen's lawyer released in July of Cohen talking with Trump about paying for Playboy model Karen McDougal's silence in the months leading up to the election. Cohen says on the tape that he'd already spoken about the payment with Weisselberg on "how to set the whole thing up."

"Please pay from the Trust," executive 1 is quoted directing to another unnamed employee. "Post to legal expenses."

The "Trust" refers to the entity that Trump set up after the election to hold his assets. He put the trust in the hands of his adult two sons and Weisselberg.

The identities of executive 1 and 2 are still unknown. Just because the Weisselberg and the sons were given control, that does not preclude others from handling the business.

Weisselberg is an unlikely player in the unfolding presidential drama, a low-profile employee who appeared in "The Apprentice" as a judge once but otherwise rarely drew the spotlight. He isn't even mentioned in many of the biographies of his boss.

But as a long-serving employee in the Trump family business, he is rich repository of knowledge, and the idea of him answering questions to investigators under oath poses a new danger for the president as federal prosecutors in Washington and Manhattan dig deeper into the president's business affairs.

From his first job helping with the books for Trump's father, Fred, in 1973, the Pace University graduate has gotten his fingers into nearly every aspect of the family business -- vetting deals, arranging financing, auditing, managing cash -- eventually rising to oversee all finances of its far-flung operations.

And aside from Trump, he is perhaps best qualified to answer two of the big questions about the businessman-turned-president over the years: Is he really worth $10 billion, as he claims, and what's in his tax returns? Trump testified in a case years ago that Weisselberg was the one who values his properties and other assets, and he has reportedly helped with Trump's taxes.

In addition to his title as chief financial officer, Weisselberg holds executive positions at many Trump entities, including director of the Donald J. Trump Foundation, which is being sued by the New York state attorney general for allegedly tapping donations to settle legal disputes among other illegal uses. The White House has dismissed the suit as politically motivated.

Weisselberg comes off in depositions in that case and others over the years as unobtrusive, loyal and undemanding.

Asked about what he thought of a last-minute order by Trump to catch a flight to Iowa to tend to some business during the campaign, Weisselberg said in one deposition that "it doesn't matter what I thought. He's my boss. I went."

He added that it was a rare trip for him. "I have never gone anywhere with Donald."