Prince George's County Public Schools (PGCPS) will be looking for a new chief executive officer starting next school year. On Thursday, current CEO Dr. Monica Goldson announced she plans to retire from PGCPS at the end of the 2022-2023 academic year.

On Thursday, current CEO Dr. Monica Goldson announced she plans to retire from PGCPS at the end of the 2022-2023 academic year.

Dr. Goldson has been the CEO of PGCPS since 2018, and has worked for the school systems for 32 years in a variety of positions, including principal, associate superintendent, deputy superintendent and chief operating officer. She began her career as a mathematics teacher at Suitland High School.

In a video message announcing her retirement, Dr. Goldson talked about how much she enjoyed her time as PGCPS CEO.

"Since 1991, I have truly enjoyed serving the students and families of Prince George’s County Public Schools. From a mathematics teacher and cheerleading coach to Chief Executive Officer, my career has taken me to heights I never dreamed possible when I walked across the stage in 1986 as a Potomac High School graduate. The children of this community are among the brightest and most innovative in the country. It has been an absolute honor to lead over 131,000 students in the place I call home," said Dr. Goldson. 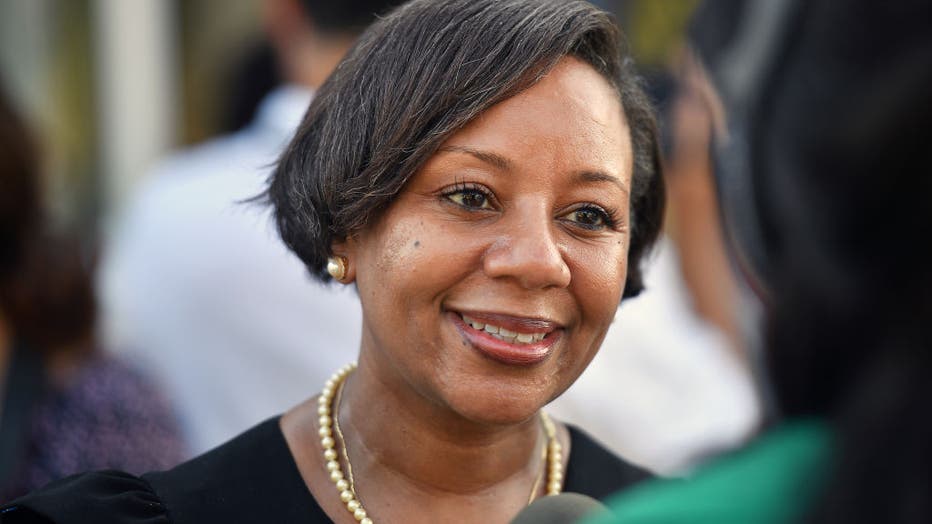 In the message she also decried the current conflicts that exist in the Prince George's County Board of Education, which she believes are hurting the county's students.

"At present, there is a clear divide of philosophical beliefs on the Prince George’s County Board of Education about how we should move forward as a school district," said Dr. Goldson. "To be clear, the current acrimony is not about one Board Chair. It is another example of the Board’s inability to work together in the best interest of our students. The continued political infighting among certain Board Members demonstrates a misalignment in the vision for the children of this county."

Dr. Goldson also used the retirement announcement as a chance to higlight some of the accomplishments she is proud of.

"I am still immensely proud of how the PGCPS community rallied around our students and families during the pandemic. With the County Executive’s overall support, there is no doubt that we changed the perception of this county, in the state and region, by leading through the pandemic and garnering national attention for our efforts," said Dr. Goldson.

Prince George's County Public Schools will be looking for a new chief executive officer starting next school year after current CEO Dr. Monica Goldson announced on Thursday that she plans to retire from PGCPS at the end of the 2022-2023 academic year.

In addition to that accomplishment, Dr. Goldson said she is proud of the progress she made on the following issues:

Dr. Goldson concluded her retirement announcement by reiterating her belief that moving forward student needs must be the top priority of Prince George's County educators.

"I believe Prince George’s County Public Schools can lead the nation in what academic success looks like if we continue to focus on what students need and provide the support they deserve," said Dr. Goldson.

PGCPS officials have not indicated who will take Dr. Goldson's place as CEO.