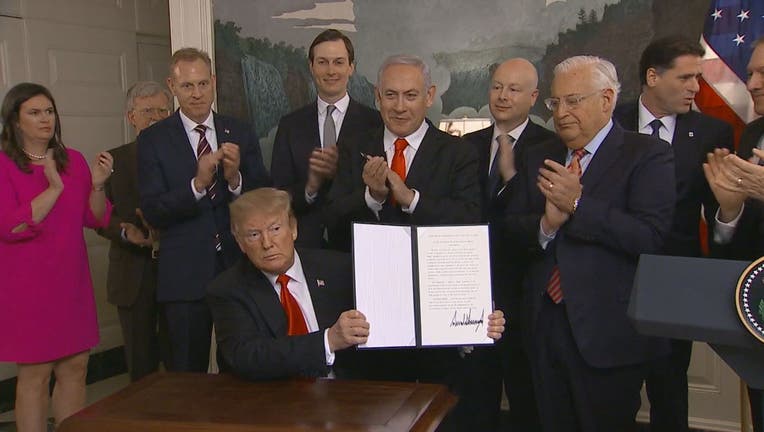 The document reverses more than a half-century of U.S. policy as Israeli Prime Minister Benjamin Netanyahu visited the White House.

Trump had previewed the move in a tweet last week that it was time for the U.S. to take the step after 52 years of Israeli control of the strategic highlands on the border with Syria.

Netanyahu has pressed for such recognition for months. Trump's action gives him a political boost just weeks before what's expected to be a close Israeli election.

Israel captured the Golan from Syria in the 1967 Mideast war but its sovereignty over the territory is not recognized by the international community.