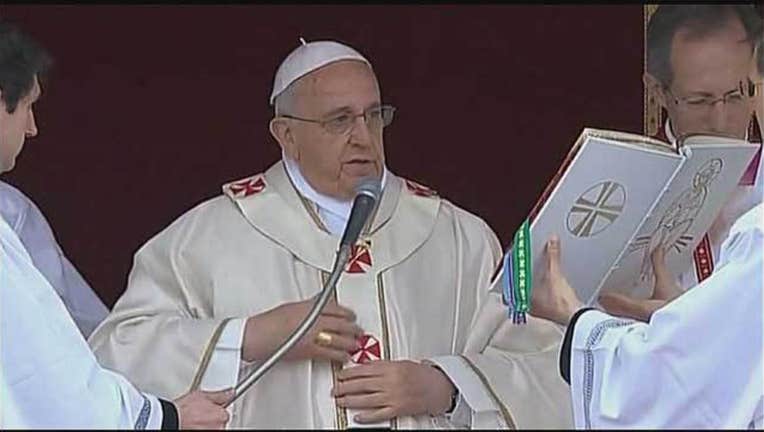 WASHINGTON (AP) -- Pope Francis' historic speech to Congress in September will be viewed by tens of thousands on the Capitol grounds and beyond in a landmark event to rival any presidential inauguration or State of the Union address.

House Speaker John Boehner, R-Ohio, said Wednesday the pontiff's Sept. 24 address to a joint meeting of Congress will be broadcast live from the West Front, allowing the public in the shadow of the Capitol to watch along with those in the House chamber. Jumbotrons, typically used for Memorial Day and July 4th celebrations as well as for presidential inaugurations, will be set up on the West Front of the Capitol.

The speech will mark the first time the head of the world's Roman Catholics addresses Congress, and the chamber is expected to be packed with lawmakers, members of the president's Cabinet, Supreme Court justices and the diplomatic corps, similar to attendance for a State of the Union address by the president.

Demand for tickets to the visitors' gallery in the House chamber is high, especially since lawmakers are limited to one guest ticket per office.

Boehner said that after the speech, the pontiff wants to make a brief appearance on the West Front.

"The visit of Pope Francis to the U.S. Capitol is a historic moment for the country," Boehner said in a statement. He added: "We look forward to welcoming Pope Francis and Americans from all walks of life to our Capitol" on Sept. 24.

The outspoken pope is expected to challenge Democrats and Republicans on abortion, immigration and climate change, the issue of his recent encyclical.

During the pontiff's nine-day visit to the U.S. and Cuba, Pope Francis is scheduled to meet with President Barack Obama and celebrate Mass in New York, Philadelphia and Washington.

Boehner, who is Catholic, invited the pontiff to address Congress in March 2014, and the Vatican accepted the invitation in February.