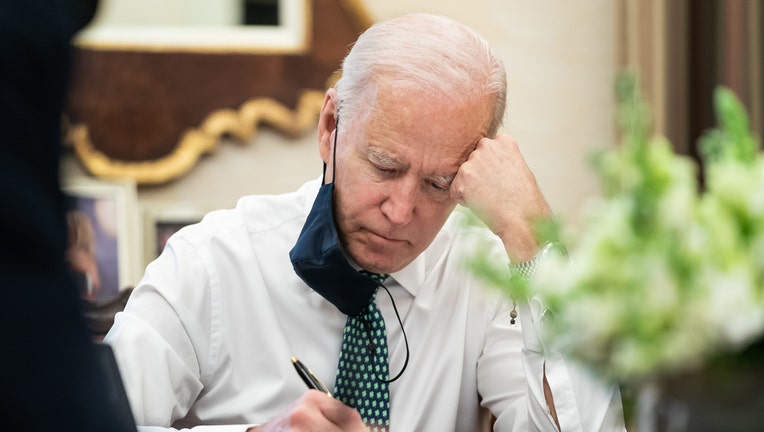 If the midterm elections were held today, the majority of registered voters say they’d support the Republican congressional candidate over the Democratic candidate in their districts, giving Republicans the largest statistical edge in four decades, according to a new ABC News/Washington Post poll.

The survey, which was taken after the Democrats passed their $1.2 trillion bipartisan Infrastructure Investment and Jobs Act earlier this month, shows 51% of registered voters saying they’d support the Republican candidate in their congressional district and only 41% saying they'd support the Democrat, spelling trouble for the party trying to secure its razor-thin majorities in Congress.

"That’s the biggest lead for Republicans in the 110 ABC/Post polls that have asked this question since November 1981," ABC News reported Sunday.

The economy and soaring inflation were the key factors driving the numbers, with 70% of respondents saying the economy is in bad shape and 55% saying they disapprove of Biden’s performance on the economy overall, the poll said.

And Biden’s overall job approval has also hit a new low of 41%, down 11 points since spring, and 53% disapprove of the job he's doing. Only 35% of independents said they approve of Biden’s job performance.

The Democratic Party is also seen as out of touch on issues like the economy by 62% of likely voters, according to the poll. Slightly fewer respondents — 58% — said the same for the Republican Party.

Sunday’s survey has a margin of sampling error of plus or minus 3.5 percentage points and a 95% level of confidence.