CAPE ST. CLAIRE, Md. - Residents sheltered in place in an Anne Arundel County neighborhood Monday morning after the window of a police vehicle was shattered by what officers originally believed was gunfire.

The incident was reported near Hilltop Drive and Cape St. Claire Road after police received a call from a woman who told them she spotted a boy in the woods armed with a handgun just before 9 a.m. 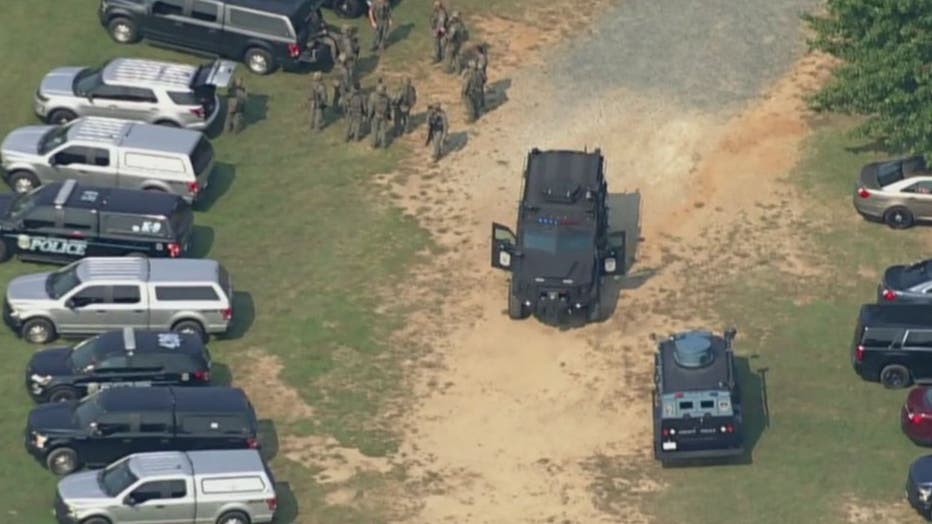 The woman told officers the teen appeared to be between 14 and 15 years old and was wearing a camouflage jacket. The woman said the teen told her he was in the wooded area "shooting small critters."

The woman went home and notified police who responded to the area. At a press conference, Anne Arundel County Police Lt. Jacklyn Davis said an officer who was on the perimeter of the area "heard a pop" just before the back windshield of his vehicle shattered. Police originally reported a shot being fired but Davis said it is unclear at this time what caused the window to shatter.

Anne Arundel County police are investigating after an officer’s window was shot while they searched for a teenager spotted with a handgun.

Davis said detectives believe they know where the teen is and remain in the area following a very strong lead. They are asking people in the neighborhood to use caution because of the heavy police presence but do not believe there is any threat to public safety. No injuries have been reported.

"Due to an ongoing incident in the community, Broadneck High School is operating under our 'Lockout' protocols. All classes, including those in portables, have been brought inside. Operations are continuing as normal inside classrooms, and students are supervised.

Until further notice, students, parents and visitors will not be permitted to leaver or enter BHS. A follow-up message will be sent once the lockout is lifted."

A manhunt is underway in Anne Arundel County after a shot was fired at a police vehicle.