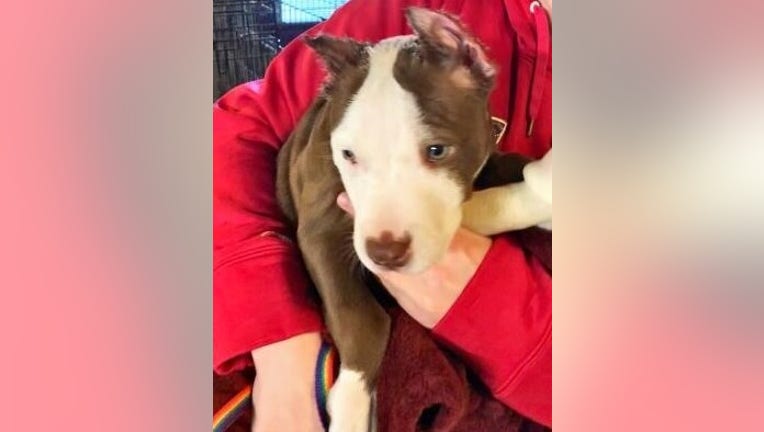 GREENVILLE, N.C. - Authorities in Greenville, North Carolina are investigating a horrific case of animal cruelty after finding a puppy whose ears appeared to have been cut off with scissors and then superglued back onto its head.

Officials said the puppy was found on Jan. 29 while officers with the Greenville Police Department's gang unit were searching a home.

Officers said it looked as if the dog's ears had been cut off with a pair of scissors or another sharp instrument.

"The dog was seized and immediately taken to the emergency vet," officials wrote on Facebook. "Upon an examination, the vet stated it looked as though the dog’s ears were superglued to his temples after they were cut."

The dog’s owner, Tony Lopez, was arrested on Feb. 3. He's been charged with one count of felony cruelty to animals.