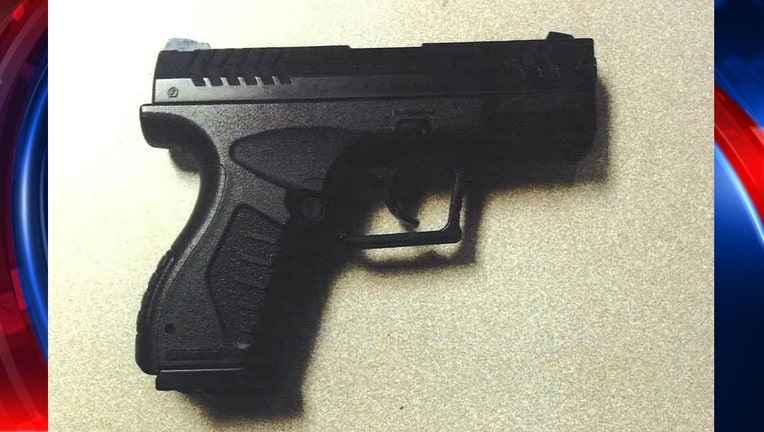 ABINGDON, Md. - Police arrested a man they say pointed a BB gun at a driver during an alleged road rage incident in Harford County.

The incident began around 5:30 a.m. Thursday near the intersection of South Tollgate Gate Road and Route 24 in the Abingdon area. A man told police, that while stopped at the intersection, the driver of an SUV pointed a black handgun at him. The victim told officers he sped off only to be followed by the driver of the SUV.

The chase continued onto Interstate 95 when the victim told police that the SUV's driver threw an unknown object at his vehicle. He described the vehicle and driver to police and they were able to locate him at a Royal Farms Store on Pulaski Highway in Middle River.

The SUV driver, identified as 23-year-old Bradley R. Krueger, was charged with first and second degree assault and reckless endangerment. Officers found a black BB gun in his vehicle that resembled a semi-automatic handgun.

He was taken before a court commissioner and released on his own recognizance.