CLINTON, Md. - Police have released photos of distinguishing arms tattoos, an earring and sweatpants they hope will help identify a man who died last week in Prince George's County. 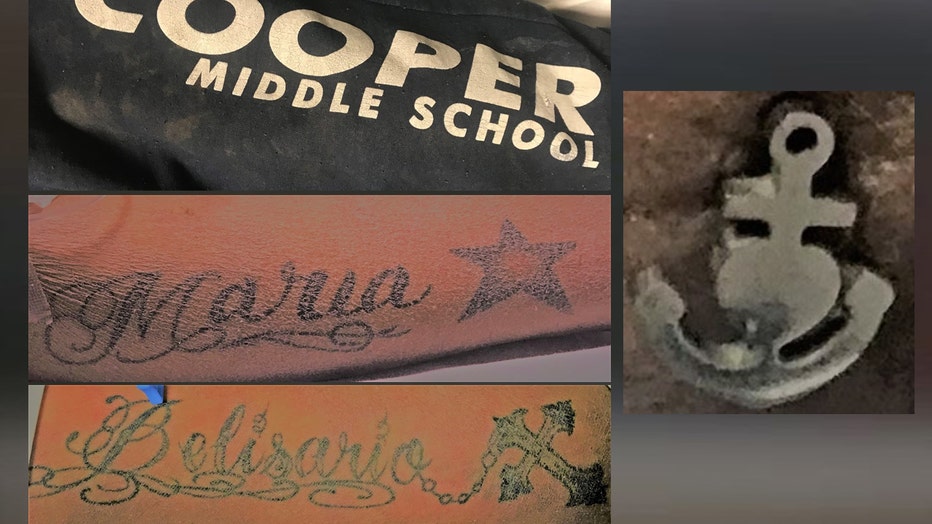 Authorities say it was around 7:10 a.m. on April 14th when the man was found outside of a car wash in the 9100 block of Piscataway Road in the Clinton area. He died a short time later at a hospital.

The man was 5-feet-6-inches tall, 157 pounds and between the ages of 30 and 40 years old. Officers preliminarily believe he is of Hispanic descent. A tattoo on his left arm shows a cross and what appears to be the word "Belisario." On his right arm, the name "Maria" is written next to a star.

He had an earring in his left ear and wore sweatpants with the words "Cooper Middle School" on them.

There is no foul play suspected in the man's death. Police hope to identify him so they can notify his family.

Anyone with information on his identity is asked to call the Homicide Unit at 301-516-2512.