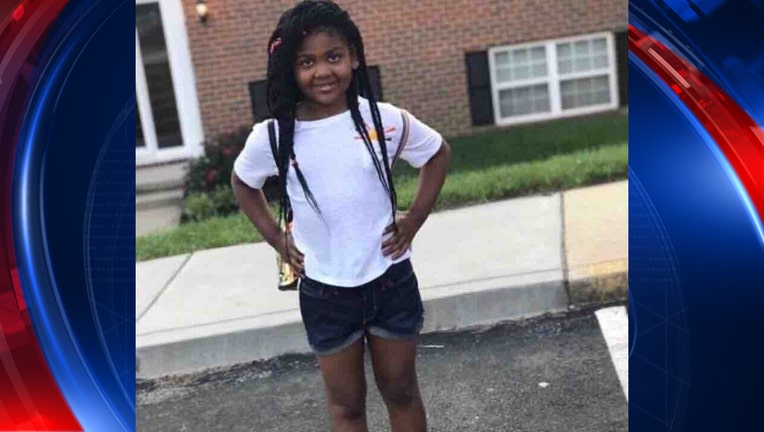 BALTIMORE (AP) -- A 7-year-old Baltimore girl shot in a spray of gunfire while in the backseat of a car died Thursday of her injuries, another apparent victim of the mid-Atlantic city's cycle of drug-fueled turf battles and retaliatory shootings.

Baltimore police said second-grader Taylor Hayes succumbed to her injuries early Thursday. The little girl had been in critical and unstable condition at a hospital since being shot in the back on a Southwest Baltimore roadway on July 5. Another child seated beside her in a Honda Accord was uninjured.

Carlillian Thompson, the principal of the elementary school that Taylor attended, said the little girl loved learning and had a near-constant smile on her face. She said Taylor would make a point of visiting the office for a hug twice a day: once when she arrived in the morning and then at afternoon dismissal.

A woman behind the wheel of the car where Taylor was shot has been charged with possession of heroin, a digital scale, and a loaded .40-caliber pistol with an extended magazine in her glove box. Darnell Holmes, the driver of the Honda, has not been charged in the shooting.

Police have said Holmes was refusing to cooperate with detectives. Her lawyer, Staci Pipkin, said Holmes doesn't know who shot at the car. The defense attorney said Taylor was the daughter of Holmes' cousin. The uninjured child is Holmes' daughter.

Authorities have been looking for the driver and anyone else inside a white Mercedes-Benz observed in the area of the attack.

Investigators believe the violence was targeted. Numerous shots were fired from at least two different guns, according to Acting Police Commissioner Gary Tuggle.

The tragedy has renewed a sense of fear and outrage among crime-weary Baltimoreans. Drive-by shootings are a recurrent problem in the city that has long put parents on edge, and children suffering gunshot wounds are an all-too-common situation at the hospital where Taylor died.

Prior to Taylor's death, perhaps the most searing example of a city youngster killed by a stray bullet was 3-year-old McKenzie Elliott. The little girl was getting her hair done on her family's front stoop when she was killed in a 2014 drive-by attack. Some three years later, federal prosecutors charged a member of the "Old York Money Gang" in her killing.