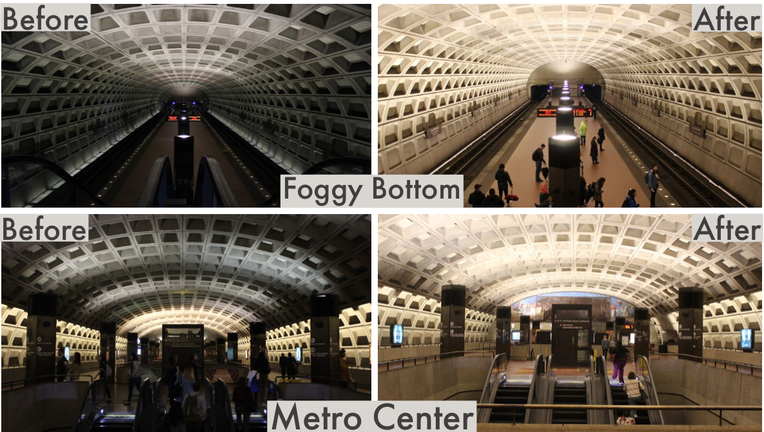 WASHINGTON - Metro announced on Tuesday that it has completed lighting upgrades at nearly 50 subterranean stations in the DMV – and the before and after photos tell the whole story.

WMATA officials say the upgrades – which were expected to take three years – were completed a year early.

In a news release, the utility boasted, “Combined, the new fixtures will reduce energy use by approximately 24,000 MW annually, enough energy to power more than 1,900 homes for a year.”

The next step, officials say, will be expanding better illumination to the stations’ exteriors – including bus stops, parking lots, and walkways.