MANASSAS, Va. - Police in Prince William County are searching for a suspect in a deadly double shooting that happened Friday night in Manassas. Photos of the man were released Wednesday.

According to Prince William County Police, officers responded to the shooting near the intersection of Sudley Manor Drive and Williamson Boulevard around 8:28 p.m. Friday. Video from the scene shows, after the shooting, officers blocked off an area in front of a 7-Eleven store located inside the Sudley Square shopping center. 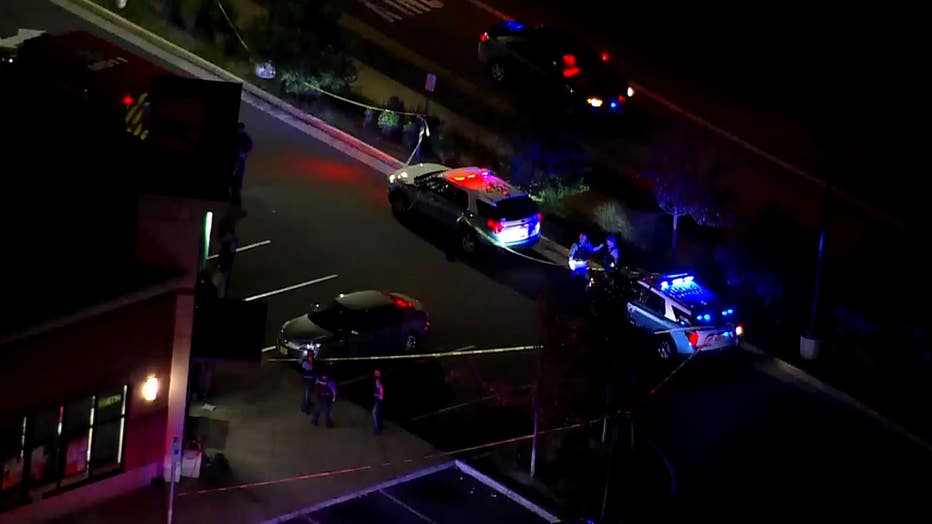 Officers at the scene learned that two men were approached by a suspect shortly before the shooting, and after a brief exchange that suspect shot a gun towards the two men striking both of them.

One of the victims was pronounced dead at the scene, and the other was taken to an area hospital for treatment. Police say he is expected to survive.

Investigators identified the victim who was killed as Dalton Jakob Moore, 25. 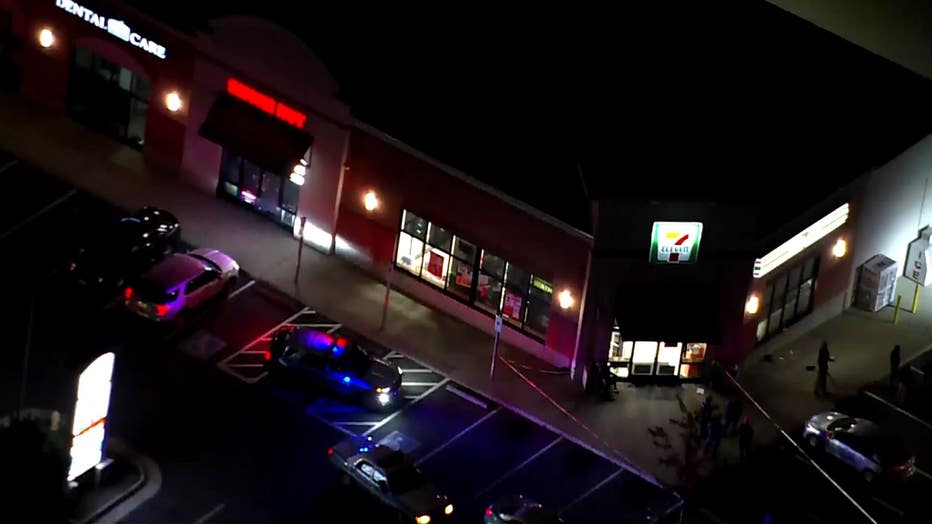 Police say after the shooting, the suspect fled the scene in a light colored sedan. He is described by investigators as a Hispanic male, heavyset, with short dark hair and a beard.

Investigators are still working to determine what led up to the shooting.

Anyone with information is asked to call Prince William County Police at 703-792-7000 or submit a tip online by clicking here.