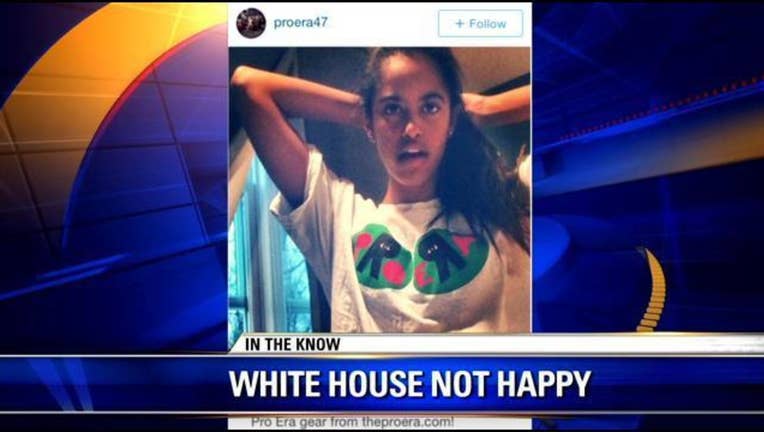 The photograph appears on the Instagram page for Pro Era, a hip-hop music collective based in Brooklyn, New York. Malia sports a white T-shirt with the group's red and green logo across the front. She also has her hands raised behind her head as if adjusting her ponytail.

The White House disapproves of photographs being published or posted of Malia and her 13-year-old sister, Sasha, when they are not with Obama and-or first lady Michelle Obama, or other unauthorized use of their names or images.

Bradley Bledsoe, a spokesman for Pro Era, did comment, saying by email that "the group received the photo from a mutual friend of Pro Era and Malia, and the photo is real."

Bledsoe also said no one from Pro Era had been contacted by the White House.

In 2009, just weeks after Obama became president, Ty Inc., a company based in Obama's home state of Illinois that had named a pair of its popular Beanie Babies toys after the presidential sisters, renamed them following complaints from Mrs. Obama about the inappropriateness of using her daughters' names.