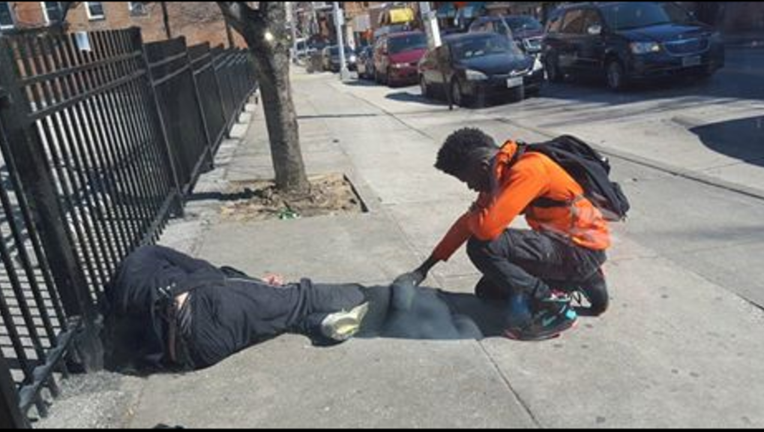 A moving photo is inspiring thousands on social media after it was shared by a Baltimore man.

The man said he was walking in downtown Baltimore recently when he spotted the scene above.

Jonathan A. Stormz quickly snapped a photo of a teenager appearing to say a prayer over a homeless man sleeping on a sidewalk.

"This was an amazing sight! I pray this kid becomes a leader amongst his peers, and continues on this path!! Not all Baltimore youth are lost!! I HAD to post this!!" he wrote.

I watched as this young kid was walking pass, stopped and walked over to this sleeping homeless man; touched him and...