WASHINGTON - Hours before his Something in the Water festival kicked off in D.C., Pharrell surprised five youth leaders at the NAACP with a life-changing gift.

READ MORE: Something in the Water 2022: Everything you need to know about this weekend's festival

During an NAACP panel about the Black student debt crisis held on Friday, Pharrell announced he is entirely paying off the student loan debts for the five college students. 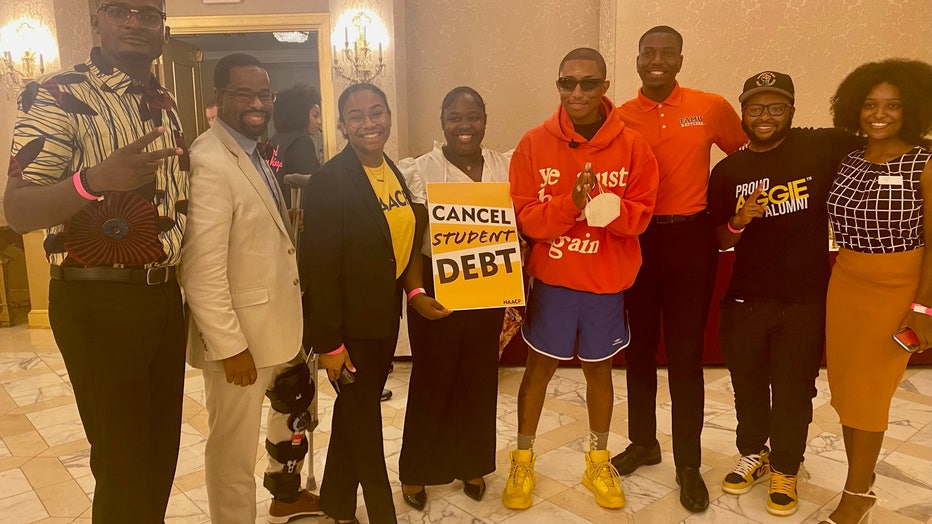 The NAACP's National Director of Youth and College responded to the surprise saying it is a life-changing event, and called on President Biden to make student loan forgiveness a reality for all student debt holders.

"Pharrell forever changed their lives. This was a powerful moment. Now just imagine if President Biden made this a reality for all student debt holders in America. Student debt continues to disproportionately plague the Black community and crush opportunities for so many Black people. It is time to reduce the racial wealth gap, it is time for President Biden to fulfill his promise," said Wisdom Cole.

Friday was expected to be the hottest day of Pharrell's Something in the Water music festival. DC Fire and EMS says 6 people were transported to area hospitals, mostly for heat-related issues.We’re told many more were treated for dehydration or overheating here at the festival and released back. FOX 5's David Kaplan reports live from downtown D.C.

The NAACP released the names of the five leaders who had their debts canceled:

The event was held on Friday at the St. Regis hotel in D.C. as part of Pharrell's Something in the Water festival.

The announcement comes as the Biden administration is currently weighing how much federal student loan debt could be canceled and who should benefit.