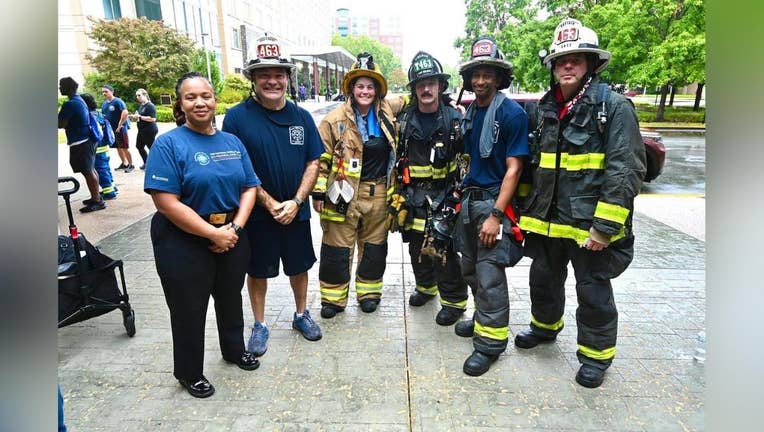 OXON HILL, Md. - In honor of the 21st anniversary of the September 11 terrorist attacks on the United States, the Gaylord National Resort & Convention Center in Oxon Hill, Maryland held a stair climb event.

Participants in the event held on Sunday were asked to climb the equivalent of the 110 stories, representing the climb New York firefighters had to make at the World Trade Center on September 11, 2001.

The event was held, not only to honor and remember the 343 FDNY firefighters who selflessly gave their lives on September 11, but also to allow the firefighters' heroic journey to be symbolically completed.

After the participants completed the roughly 2,200 step journey, they rang a bell and read the name of the fallen fighter they were climbing for.

Firefighters and participants from across D.C., Maryland, and Virginia took part in the remembrance event.